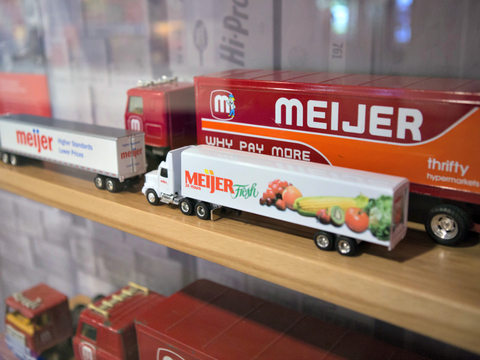 Meijer will be adding Wahlburger restaurants to many of its locations in 2018.

Wahlburgers restaurants will open up inside several Meijer stores in Michigan and Ohio. The restaurants, co-owned by celebrity Mark Wahlberg, will also park food trucks in front of some store locations. The Oakland Press article

The French government has filed a complaint with the Paris Commerce Court against Amazon for allegedly abusing its dominant position with suppliers. Following a two-year investigation, the Economy Ministry is seeking a fine of $11.8 million from Amazon. Reuters article

Jill Ramsey has been named chief product and digital revenue officer of Macy's. The new role was established as a way to bridge the physical and digital worlds. Ramsey will oversee product and revenue for both Macy's website and app. BusinessWire article

The National Retail Federation is urging the House and Senate to approve a final version of the tax reform legislation, saying the move would boost the country's economy. The organization believes the reform is long overdue and will drive retail business. Currently, the U.S. has the highest corporate income tax rate in the industrialized world. BusinessWire article