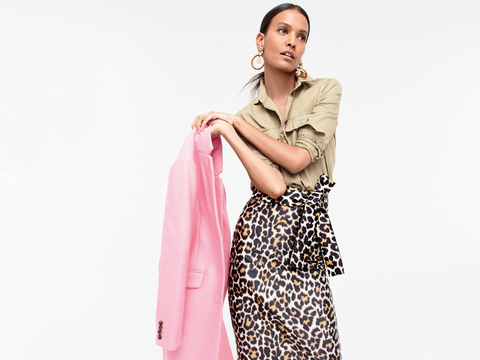 Kroger is launching a self-service marketing platform called Boosted Products in Search, which allows CPGs to reach digital shoppers across Kroger properties. Using the product search, brands will be able to promote their assortment via the Kroger platform by balancing cost-per-click bid pricing and customer relevancy. (Supermarket News)

Ikea has announced it will no longer open up three planned stores in the U.S. and will instead focus resources on its online market. Despite its popularity, net income for Ikea fell more than 40% in the last fiscal year. (USA Today)

Destination Maternity has named retail veteran Marla Ryan as its new CEO, one week after a group of activist investors took control of the board. Ryan has held positions at Lands' End, J. Crew and Brooks Brothers. (Reuters)

Madewell reported a 39% growth in sales in the latest quarter, a huge jump from last year when sales were already up 11%. Plans to double the brand's growth are obviously working out for parent company J.Crew, as the original brand reported a 7% decrease in sales. (Fashionista)