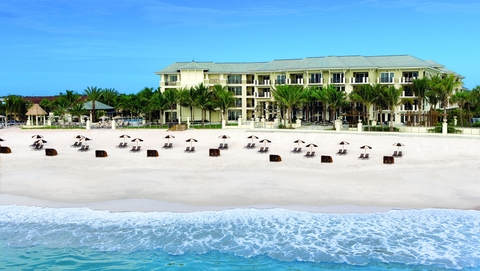 With Domino's new Hotspots, customers can get pizza delivered to the beach. (Kimpton Hotels)

Sequential Brands Group announced the expansion of its Martha Stewart Collection for Macy's, including products in home and food. Essentials will be an assortment of cookware, textiles, bath items and more, and food will include baking mixes, drink mixes and party staples. (Globe Newswire)

Costco, Walmart own 20% of Canada grocery

Costco, Walmart and other nongrocery retailers have significantly grown their share of the grocery market in Canada over the last few years. As consolidation has caused a shift from independent retailers to national chain stores, these nongrocers now own 20% of the supermarket market. (The Packer)

Domino's Pizza is launching more than 150,000 Hotspots, so that customers can receive delivery orders that don't have a traditional address. These locations include local parks, sports fields, beaches and more. (PR Newswire)