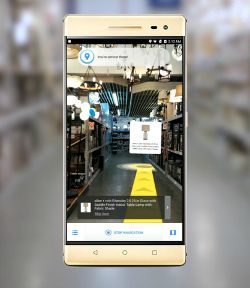 Lowe's hires a chief digital officer to help with its technology vision.

After five years of expansive growth, the fashion retailer Frank and Oak has found a PLM partner to help reduce order time to market by streamlining the process. Using Centric Software's PLM will assure a single source of information, which will make the company more efficient in communicating with 16 retail locations across Canada. (PR Newswire)

Lowe's has announced the hiring of its first chief digital officer, Vikram Singh. Charged with the company's digital evolution, Singh will be a part of the company's transformation as it continues the growth of augmented reality, Holoroom and other technology-driven initiatives. (ZDNet)

Happy Returns gets $8M in funding

Technology, logistics and service provider Happy Returns announced $8 million in additional funding for its rapid growth and expansion. The Series B round was lead by USVP and follows the completion of Series A financing that began in May. The additional funding will support the company's expanded Return Bar to 50 locations in 14 metro areas. (BusinessWire)

Just in time for its 50th anniversary, Sears' DieHard brand announced its products will be available on Amazon. Products including jump starters, battery chargers and maintainers will be a part of the initial launch and tires and automative batteries will make their debut in early 2018. (PR Newswire)