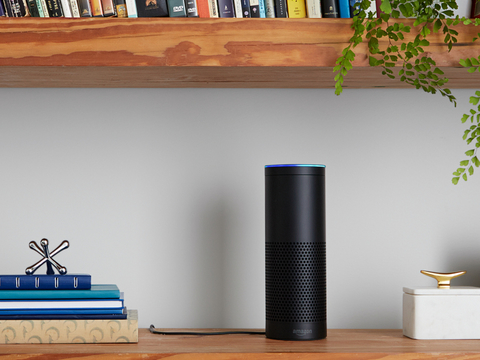 Kohl's will now sell the Amazon Echo in its stores.

Shoppers will now be able to purchase Amazon Echo devices at Kohl's department stores. While also promoting Amazon Home Services, the devices will first be rolled out in Los Angeles and Chicago area stores. (CNBC)

Vitamin World has plans to file for Chapter 11 bankruptcy, hoping to end costly lease agreements for some of its stores that were negotiated by its previous owners. Centre Lane Partners bought out Vitamin World last year from NBTY Inc. for $25 million so that NBTY could focus on core brands such as Nature's Bounty and Sundown Naturals. (Reuters)

1-800-Flowers quadruples workforce ahead of holidays

1-800-Flowers will hire about 8,000 associates nationwide in preparation for the holiday rush. Roles will include full-time and part-time employees in high-volume areas such as production, gift assembly, retail stores, call center, distribution and fulfillment center operations. (PR Newswire)

GNC has announced that Ken Martindale will serve as the wellness retailer's new permanent CEO. Most recently, Martindale served as CEO of Rite Aid Stores and president of Rite Aid Corporation, where he was instrumental in leading the rollout of a new store format and an expansion of the company's loyalty program. (PR Newswire)