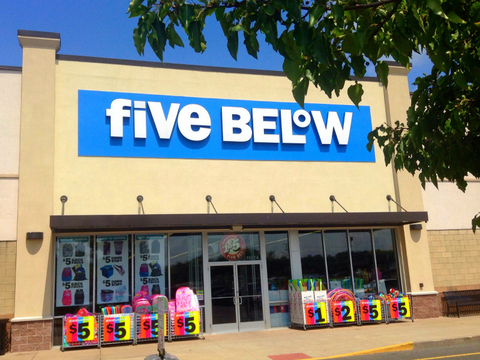 Gymboree is preparing to file for bankruptcy as it faces a June 1 interest payment on its debt. The children's retailer, controlled by Bain Capital, is seeking to reorganize its debt load and may transfer control to its lenders. (Bloomberg)

Five Below expands into California

Trendy teen retailer Five Below announced it will debut in the Los Angeles area later this week. On April 21, the doors will open at nine new locations, bringing the retailer's total to 550 stores in 32 states. (Globe Newswire)

After profits fell again in 2016 by 16%, Prada decided it needed to change its retail focus. As part of a broader turnaround strategy, which includes a digital ad campaign, a focus on younger customers and a move to close stores, Prada will make its entire collection available through e-commerce. (Glossy)

Amazon Fresh has launched a "foodie trends" shopping category on its website. The section includes niche brands, exclusive products and selections from startups. (The Grocer)