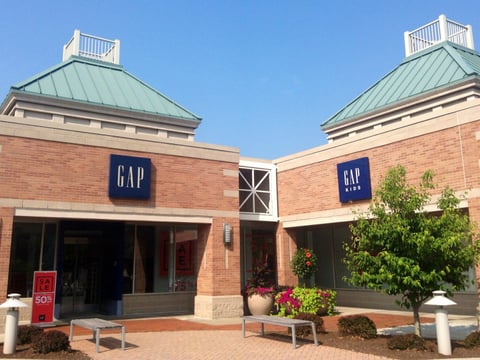 The president of Gap steps down. (Mike Mozart/CC BY 2.0)

Saks Fifth Avenue has opened a store in Calgary, marking its third store in Canada in addition to two in Toronto. The shopping center is looking to boost its luxury retail, and ironically the location was previously held by Zellers and Target, two retailers on the other end of the price spectrum.(Calgary Herald)

In 2017, 20% of consumers bought groceries online, a figure that is considered a tipping point for 70% of consumers to be buying online within 10 years. But since Amazon's purchase of Whole Foods, Nielsen predicts that this 70% to 80% of online grocery shoppers may now happen within five to seven years. (Food Navigator)

Gap announced that Jeff Kirwan, president and CEO of Gap brand, will leave the company. The change in leadership comes as CEO Art Peck of Gap Inc. states that the brand is not seeing the engagement or increase in sales that it had hoped on the digital side. (BusinessWire)

The number of consumers who both pay for membership at Costco and buy from Amazon has grown rapidly in the last five years. In fact, 57% of Costco members also pay for Amazon Prime, up from 13% in 2013. (Seattle Times)