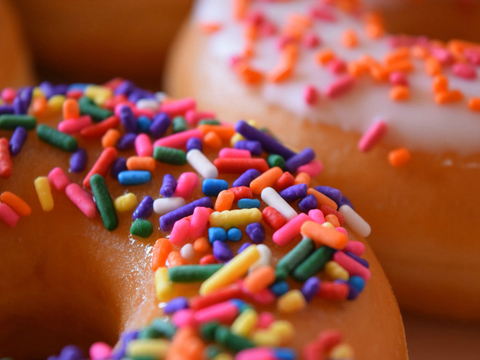 Dunkin' Brands Group has more than 20,000 points of distribution in more than 60 countries.

Dunkin' Brands Group announced that CFO Paul Carebone is leaving the company April 21 for a general management position in the specialty retail industry. Kate Jaspon, Dunkin' Brands vice president of finance and treasurer, has been appointed to serve as interim CFO while the company searches for a permanent CFO. (PR Newswire)

In an attempt to diversify, Target will expand its lingerie and hosiery collection under its in-house Merona line to include a wider range of skin-colored tones. The company plans to do the same with its intimates and shoe lines this fall. Target said that the need comes out of the desire to meet the needs of customers in all shapes, sizes and ethnicities. (Glossy)

Nordstrom is attempting to lure in millennials by unveiling showrooms for tux rental startup The Black Tux. The shop-in-shops will open in six stores in the next six weeks, starting in Mission Viejo, California. If the initial rollout goes well, the partnership may expand to other cities. Shoppers can get measured, try on tuxedos and place rental orders for home delivery. (Recode)