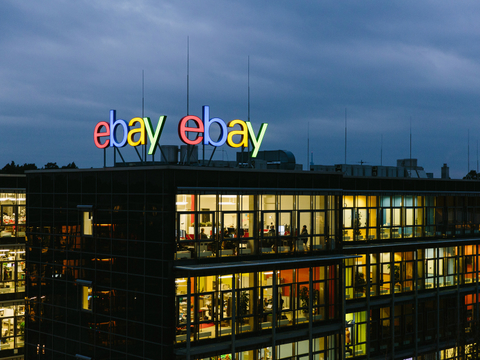 eBay changes up its leadership roles.

Although Foot Locker says it is not threatened by Amazon, analysts say that it should be wary of the marketplace, along with direct-to-consumer sales on e-commerce. In the latest quarter, the struggling retailer reported a 6% decline in same-store sales and a 4.4% decrease in sales. (MarketWatch)

Sears Holdings has signed two licensing agreements that will broaden the reach of its Kenmore and DieHard brands internationally. Cleva North America will now manufacture Kenmore vacuums for distribution worldwide, and Dorcy International will manufacture batteries and flashlights for distribution in Latin America, the Carribbean and parts of the South Pacific. (PR Newswire)

DSW sales up for first time since 2015

DSW reported a sales lift of 3.3% in the latest quarter, and same-stores were up 0.6%. After struggling to compete with online retailers, this was the first positive comp quarter since 2015. The company said it is gearing up to unveil several new initiatives that are expected to boost brand loyalty. (MarketWatch)