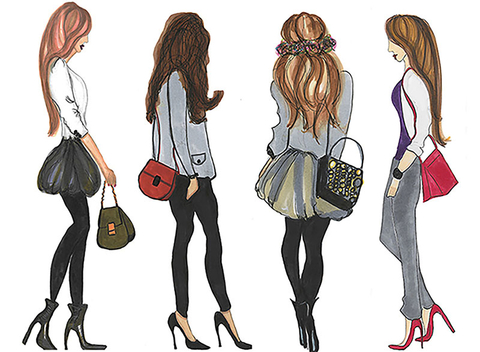 Bebe has been exploring strategic alternatives.

Bebe announced it will shutter 21 stores, which amounts to 12% of its outlets. The company, which is exploring strategic alternatives, will incur an impairing charge of $2 million from the closures and will pay a termination fee of $7.4 million. (CNBC)

Hudson's Bay Company announced the appointment of Dr. Wolfgang Link as CEO of HBC Europe, starting May 1. After a decade at Toys R Us, Link will now lead the expansion of the company and the entrance of Hudson's Bay and Saks Off 5th into Europe (Business Wire)

Grocerants, retailers that combine grocery stores with eateries, are a growing trend in the U.S. The phenomenon generated 2.4 billion visits in 2016 and $10 billion in sales. Visits to grocerants have increased 30% since 2008 and include everything from takeaway food bars to sit-down service. (USA Today)

PayPal announced an expanded partnership with Visa in the Asia-Pacific region. Currently only partners in the U.S., the expansion will boost transactions via digital payments for both companies. The deal will allow Paypal and Visa card users to choose either mode of payment, and the partnership makes it easier for Visa-issuing banks in the Asia-Pacific region to offer PayPal cardholders the ability to make payments anywhere PayPal is accepted online and vice versa for Visa in physical locations. (Bloomberg)