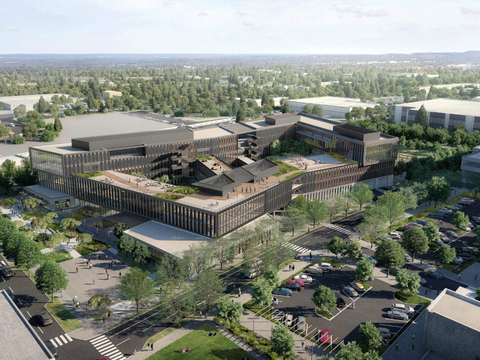 REI headquarters will include retail space

REI has submitted plans for a new Bellevue, Washington, headquarters that will include a retail area. The proposed design includes 400,000 square feet spread across three buildings, which also include a fitness area and meeting spaces. Community-friendly, the campus will have three public pedestrian pathways linking transit with residential areas. (The Seattle Times)

During a conference on robotics and artificial intelligence, Amazon's CEO Jeff Bezos told a group of entrepreneurs and academics that Amazon's experiment in the physical world will spill over into realms including furniture, appliances and electronics. The stores would serve as showrooms and have a heavy emphasis on Amazon devices and services such as Echo and Prime Video. (The New York Times)

Hy-Vee announced it would add designer clothing to four stores, two in Omaha and two in Lincoln, Nebraska. The grocery chain is partnering with British fashion label F&F, which offers moderately priced clothing for men, women and children. The first F&F opened in a Minneapolis-area Hy-Vee in June. (The Lincoln Journal Star)

Finish Line shoe brand announced that comparable sales for the fourth quarter decreased 4.5%, but stores within Macy's stores increased 35%. CEO Sam Sato called the performance a disappointing finish to a challenging year due to the overall retail environment and slow-moving product. (Business Wire)