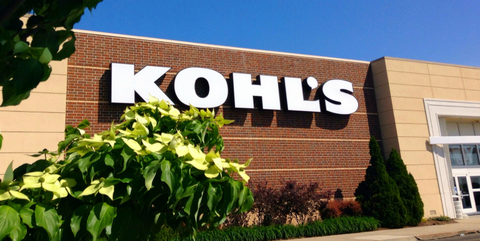 Amazon pops up in 10 Kohl's stores.

Kohl's is now selling Amazon devices and accepting Amazon returns at 10 of its stores. The move is part of Amazon's test of expanding its physical presence, while Kohl's is hoping to trim its physical footprint. CNBC article

Walgreens is expanding its Chicago area technology office, adding space and doubling its employee size to 600. The office, being moved from its original location in Deerfield, Illinois, will be the hub for all Walgreens computer stations across the U.S. Chicago Tribune article

Albertsons has named Jim Perkins as the new president of Safeway's Eastern Division, succeeding Dan Valenzuela. Valenzuela served in the position for only about a year, and before him, Steve Burnham held the post for just two years. Safeway has struggled in the last few years to find its niche in some Eastern markets, such as the Baltimore area. Supermarket News article

Macy's to sell half of flagship store

Macy's has announced a deal to sell off the top half of its State Street flagship store in Chicago. A Canadian real estate investor plans to convert the 700,000-square-foot space—floors 8 through 14—into offices. Chicago Tribune article