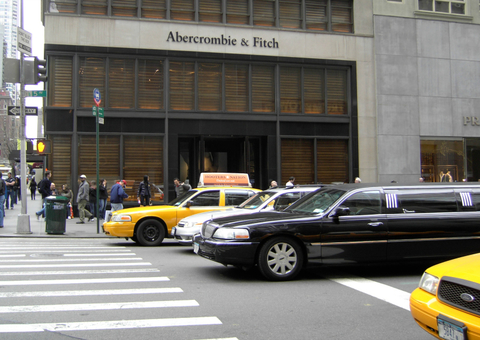 Target announced an expansion of its free, two-day delivery service, curbside pickup and raising its minimum wage this spring as some of its top priorities for this coming year. CEO Brian Cornell said the company is accelerating its pace in order to keep Target as America's "easiest place to shop." (Star Tribune)

The Walking Company Holdings Inc. filed for Chapter 11 bankruptcy protection in search of rent relief for its more than 200 shoe stores. CEO Andrew Feshbach says the move is the final step in transforming The Walking Company into a more vertically integrated, omnichannel retailer that can not only survive but thrive. (Globe Newswire)

The Abercrombie brand saw a rise in store sales last quarter for the first time in five years. The quarter was also bright for its Hollister line, which reported a continued double-digit comparable-store growth. (Bloomberg)

Raley's has promoted Kevin Konkel and Paul Gianetto to leadership positions. Konkel is now COO, a new position for the company, and Gianetto is senior vice president of sales and marketing. Konkel and Gianetto have been with the company for many years, 40 and 35, respectively. (Produce Retailer)