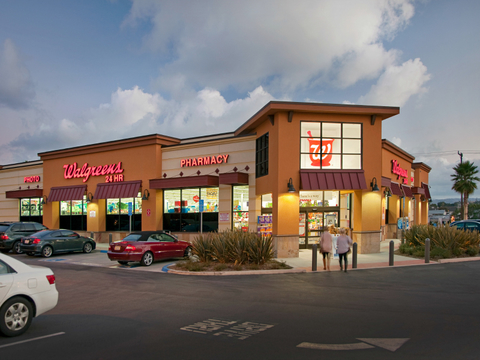 Walgreens has terminated its proposed merger with Rite Aid, but what does this mean for the future of both pharmacies?

Walgreens has terminated its proposed merger with Rite Aid and instead has agreed to purchase nearly half of the chain's locations. Walgreens will pay Rite Aid $5.17 billion for the acquired 2,186 stores. But what does this mean for the future of both pharmacies?

Dr. Kurt Jetta, an analytics expert on the CPG market and founder of TABS Analytics, said that the announcement is a sigh of relief for suppliers to the two chains as many of them were sure to get the short end of the stick when Walgreens reconciled product assortment and services between the two companies.

But the longer term outcome is more concerning.

"We know that the 1,200 stores in the Southeast that would have gone to Fred’s are extraordinarily weak, and the Rite Aid stores in the Northeast and West Coast markets are actually quite healthy from a market share and sales per store perspective," Jetta told FierceRetail. "The most likely outcome is that Rite Aid will now perish slowly with a death by a 'thousand cuts.' The inevitable trend in our industry is that regional chains cannot survive, and it is not clear why the FTC was not able to see that."

Fred's Pharmacy, which also had a stake in the merger, publicized a reaction to the news. Back in December, Fred’s signed an asset purchase agreement with Walgreens and Rite Aid to purchase 865 stores and certain other assets. Completion of the transaction was subject to approval by the Federal Trade Commission, and as more and more antitrust questions plagued the merger, Walgreens pulled out.

As a result, Fred's agreement was terminated and the pharmacy will receive $25 million as reimbursement for expenses associated with the terminated transaction.

“While the acquisition of additional stores was an opportunity for growth, we always viewed it as a potential outcome that would accelerate our transformation, not define it. This is a disappointing outcome; however, the termination of the transaction has no impact on the Company’s transformation strategy or our ability to execute,” said Michael K. Bloom, CEO of Fred's.

However, Maulik Bhagat, a managing director in the healthcare practice of AArete, a global consultancy specializing in data-informed performance improvement, believes the decision was a good one overall for the pharmacy industry because the FTC blocked concentration in an already concentrated industry.

And the decision should ultimately be good for Rite Aid—a smaller footprint will allow the struggling chain to be "more lean and targeted in how they approach their go-forward strategy," he said. And for Walgreens, Bhagat says that the deal is potentially good, gaining the chain expanded access to prime locations without the challenges that come with taking over an entire company.

"Additionally—in a slightly different take on this—in light of some vertical-integration types of transactions that we are seeing in the healthcare industry overall, it is possible that Rite Aid becomes a lucrative buy/strategic partner option for a medium-to-large pharmacy benefit manager looking for a retail presence, or maybe even for a payer, especially if there are some regional synergies that can come into play," he added.