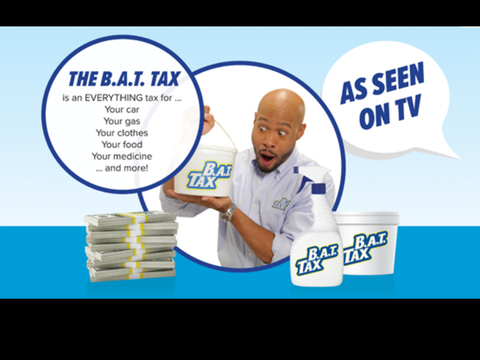 The retail organization is working with a broader group, Americans for Affordable Products, which includes manufacturers and automobile dealers.

The National Retail Federation (NRF) has launched its next set of television and digital ad campaigns against the proposed border adjustment tax (BAT). Proposed by House Republicans, the tax—seen as an “everything tax” for U.S. consumers—has the potential to put some small retailers out of business.

The ads will show retailers telling their stories and their very real fears about BAT.

“Small business owners are already struggling to survive in an over-regulated marketplace, and the border adjustment tax would push many of them under water,” NRF senior vice president for government relations David French said. “Erin, Vivian and Dave represent the millions of Americans who have made enormous sacrifices to build their businesses and now are at risk of being taxed out of existence. Their stories are powerful not just because they are real, but because their fears transcend regional and partisan politics.”

In the simplest of terms, BAT denies retailers that sell imported goods the ability to deduct the cost of imports. Many retailers would be forced to raise the price of their goods sold by 20% to offset the costs. Therefore, with less cash to spend, consumers would prioritize essentials such as gas and food.

"This means that all retailers will sell less, but those that sell discretionary products will be disproportionately hurt," Rachelle Bernstein, vice president and tax counsel at the NRF, told FierceRetail.

For example, Bernstein names the apparel industry, where 97% of the industry is based on imports to the U.S. and is already suffering some serious blows in 2017.

Bernstein says this is a particularly volatile time, as retail is going through a transition. She has met with some retailers that say the tax will be three to five times what their profits are.

"If you can't absorb that cost, then you have to pass it forward. But consumers won't accept paying this much, so there is a problem," Bernstein said.

She also reinforced that the tax would really affect everyone; retail is the largest employer in the U.S., providing work for 42 million people, or one out of every four jobs.

The NRF has proposed an alternative, and that is traditional income tax reform.

"If you lower the rate and broaden the base and get rid of loopholes for corporations, it won't put the burden on consumers," Bernstein said.

The retail organization is working with a broader group, Americans for Affordable Products, which includes manufacturers and automobile dealers, to name a few.

"We [retailers] are willing to give up our special deductions and credits as part of tax reform, but we're not willing to push the burden onto consumers," she added.

Beyond the activism of the retail industry itself, the new NRF ads encourage consumers to go online at stopthebat.tax to encourage their members of Congress to oppose BAT. In addition to digital ads, the campaign will begin with a 30-second TV spot that share the story of Erin Calvo-Bacci, owner of CB Stuffer, a chocolate manufacturer and retailer. In the ad, Calvo-Bacci says the BAT “will be devastating.”