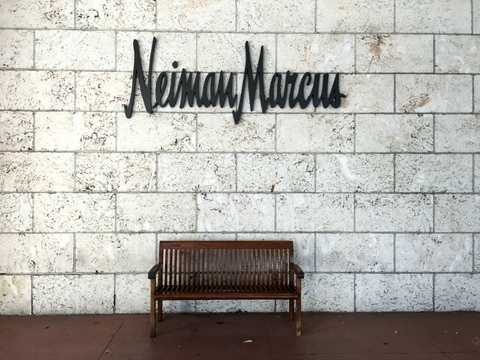 Neiman Marcus announced in a quarterly investment call that it would be exploring and evaluating potential strategic alternatives, including the sale of the company or other assets.

The announcement came on the heels of Neiman Marcus releasing disappointing second-quarter financial results. The company reported a 6.1% drop in total revenue down from $1.49 billion in the same quarter 2016 to $1.4 billion. During the same period, comparable revenues also decreased 6.8%.

Although the company has not set a timetable for the evaluation process, Karen Katz, president and CEO of Neiman Marcus, revealed that the initiatives were being considered in order to optimize the company's "capital structure."

It seems Hudson's Bay Co. has wasted no time since the announcement and is currently in talks to buy Neiman Marcus, undisclosed sources told The Wall Street Journal. The Canadian chain, which also owns Saks Fifth Avenue, does not want a deal that includes an assumption of debt.

Until recently, Hudson's Bay was in talks to scoop up another department store chain, Macy's.

While on the call, Katz discussed several explanations for the poor quarter, including the company's recent investment in a new merchandising system. She said that issues surrounding the launch of the common merchandise system have impacted results, as conversion has been challenging. Migrating vast amounts of data resulted in incorrect SKU numbers, messed with inventory and hampered Neiman Marcus' ability to maximize online demand.

"But we have made significant progress, including in the areas of receiving, inventory visibility and accounts payable," Katz said. She projected that it will take until the end of fiscal 2017 to work through issues.

Katz also discussed the changing demands of the Neiman Marcus shopper. She cited customers making fewer trips to the mall and shopping more online. She also noted that the customer base is shifting. Millennials now make up 15% of all sales and Generation X makes up 36%. Combined they account for more than half of all consumers, more than the traditionally expected baby boomers who now only account for 31% of Neiman shoppers.