Neiman Marcus looks to reduce debt, mobile app use up 69% and more in today's wrap-up 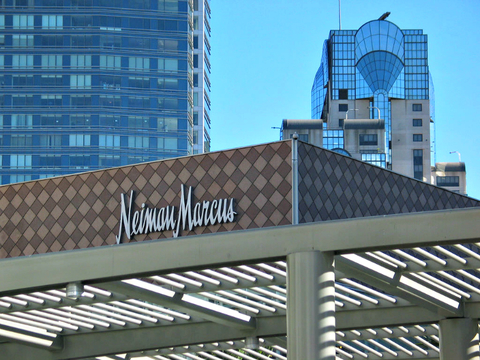 Luxury department store chain Neiman Marcus is $4.9 billion in debt but says it is in no immediate risk of bankruptcy.

Neiman Marcus has hired an investment bank to help with exploring debt relief. The luxury department store chain is $4.9 billion in debt but says it is in no immediate risk of bankruptcy. Neiman Marcus joins the growing list of retailers to turn to debt restructuring advisers in 2017 as online shopping continues to take a toll on brick-and-mortar. (Reuters)

Mobile app use is on the rise, and a recent data release from Flurry shows that mobile app use has increased 69% since January of last year. And in general, U.S. consumers spend five hours a day on their mobile devices, up 20% compared with the fourth quarter of 2015. However, browser share on mobile has dropped, now down to 8% from 9% in the fourth quarter of 2015 and 20% in the first quarter of 2013. The shift is somewhat attributed to increased selection in the app stores, better Wi-Fi and the rise in messaging apps. (TechCrunch)

Teen retail chain Wet Seal, which filed for bankruptcy protection in early February, will be bought out by Gordons Brothers Group. The company won a U.S. bankruptcy auction, offering $3 million for the brand name and other assets in the portfolio including Arden B, Blink and Chic Boutique. Gordons Brothers beat out previously stalking horse bidder YM, which offered $1.5 million in a proposal. The company plans to rebuild and reposition the Wet Seal brand. (Apparel News)

Online grocer Fresh Direct will be launching its delivery services in Washington, D.C., in the near future. Ads for jobs also indicated the company would need a delivery driver for Capitol Heights, Maryland. The expansion will be funded, in part, by a $189 million financing received in 2016. Additional expansions will hit other cities in 2018. (Supermarket News)