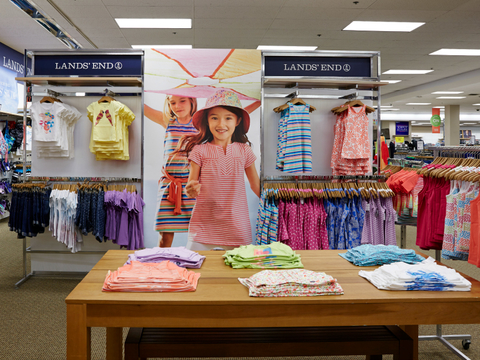 DALLAS – Lands' End is laying the groundwork to get its 53-year-old business back on track despite recent executive upheaval.

"Our core objectives won't change" in the wake of Federica Marchionni's departure, Gebhardt said during an address at the trade show. "We're well-positioned to continue our evolution in the world of retail." 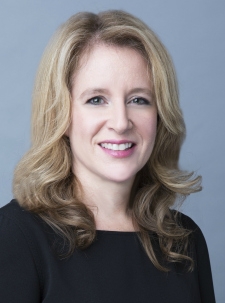 Gebhardt characterized the 18-month effort to inject new life into the brand as seeking to accomplish two different jobs simultaneously: Getting existing customers excited again and luring in younger consumers, who think of Lands' End as their parents' or grandparents' apparel maker.

"Ultimately, our vision is transforming an iconic company into a lifestyle brand," she said.

Changing products, photos, brands
On the product front, Lands' End has pared down its portfolio and has "improved the quality and style," including adding new sizes, Gebhardt said.

One way the company has addressed the gap in how different age groups view it is through catalog photography. Lands' End hired noted photographer Bruce Weber to take pictures of real-life families that have bought the company's products across generations.

"We've had hundreds of customers comment that they loved seeing themselves and were reading every word," Gebhardt said.

On a related front, Lands' End has begun speaking differently to different audiences.

Current customers are getting an eyeful of refreshed versions of its classic, outdoors-oriented wear. The younger crowd is receiving modern aesthetic looks through the Lands' End prism.

The company has taken a similar approach with its brands. In the spring it re-launched Canvas by Lands' End, emphasizing modern fits, style and aesthetics, Gebhardt said.

The company jumped feet-first into athletic wear by unveiling an expanded Lands' End Sport, which initially has been heavy with surf apparel.

It also debuted Lighthouse by Lands' End, a line sold only in Sears, which owned the clothing business until a 2014 spin-off.

As attention-getters, Lands' End has wooed fashion "influencers" in cyberspace and debuted pop-up stores in cities like New York and Boston during the 2015 holiday season.

"We have a long way to go," Gebhardt told the NRF audience. "We face a tough retail climate, and we face headwinds. But we are making progress and changing perceptions. We are confident we are on the right path to transforming" the business.

Too much too soon?
Notably absent from Gebhardt's presentation was data on the results the overhaul has achieved.

To be sure, few retailers could likely pull off in 18 months a turnaround of the scope Lands' End is attempting.

That said, the company's board fired Marchionni because it felt she was making too many changes too quickly, The Wall Street Journal reported.

A pair of Lands' End executives are acting as co-CEOs while the company searches for Marchionni's replacement: Joseph Boitano, the chief merchandising and design officer, and James Gooch, the chief operating and financial officer.

Gebhardt noted during her presentation that she returned most recently to the company to join the turnaround push that launched under Marchionni, but did not address how the overhaul effort itself might evolve in the wake of Monday's news.

"These changes won't be easy or fast," Gebhardt told attendees, "but it's something we needed to do."