Gen X will be the big spenders this Mother's Day 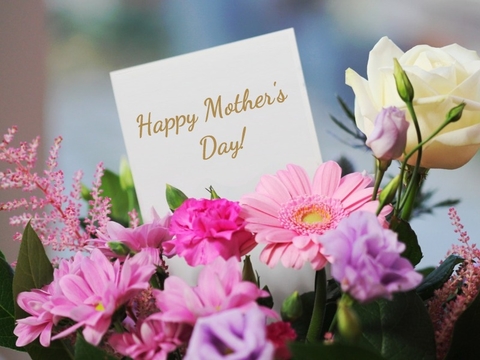 Millennials plan to spend more than $100 on their moms this Mother's Day. (Pixabay)

Consumers are expected to spend an average of just under $100 on gifts for Mother's Day this Sunday, with the exception of Generation X. Those consumers are most likely to spend over $100. A total of 60% of consumers see this as an important holiday to celebrate.

According to a recent survey by Citi Retail Services, 39% of shoppers plan to go to a physical store to buy a Mother's Day gift, while 21% will shop online and 16% will shop both in-store and online.

"Our survey revealed that consumers’ feelings about Mother’s Day is closely correlated with their age," Leslie McNamara, managing director of business and market development at Citi Retail Services, told FierceRetail. "Older Americans are more likely to have mixed emotions about the holiday, especially if they’ve lost their mother, making baby boomers the least likely to celebrate Mother’s Day and spend on gifts. In contrast, millennials are most likely to believe that Mother’s Day is an important day to celebrate and many look forward to planning something special for the mother in their life. For many millennial moms, their first Mother’s Day is a rite of passage that has a special significance."

When making a gift decision, 54% of millennials will seek advice, followed by 51% of Generation X and 39% of baby boomers. And while 1 in 3 shoppers will begin preparing two to three weeks in advance, 42% wait until less than a week before.

In another recent survey conducted by analytics company ContentSquare, gift buyers who do buy flowers prefer to use a local florist. However, if the consumer goes with a national brand such as 1-800-flowers, FTD, ProFlowers, Amazon or Teleflora, they more often than not prefer 1-800-Flowers.com. And for those choosing to buy jewelry, Tiffany's beat out eight other national brands for 50% of respondents.

"It’s interesting to note that in this age of digital convenience, the neighborhood florist is still the superstar of Mother’s Day shopping destinations, with a majority of respondents saying they get their bouquets locally. But that doesn’t mean their digital competitors should rest on their laurels, and online stores are still expected to shift plenty of blooms this year. According to our survey, 1-800-Flowers is the preferred digital destination of those who want to send their moms a bouquet," said ContentSquare’s CEO Jonathan Cherki.

"It’s surprising to me just how much traditions continue to dictate consumer behavior at Mother’s Day, even among millennials. 74% of consumers plan to celebrate Mother’s Day the same way as last year, and 35% say they have a Mother’s Day tradition," McNamara said. "This affinity for tradition, and the convenience of sticking with what works, may explain why half of consumers say they won’t seek out any advice around Mother’s Day shopping."