Employees wanted: New skills needed for retail of the future 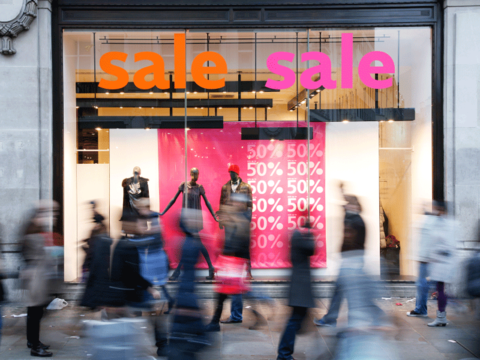 Retail employee roles are in flux as M&A activity and e-commerce pressure reduces their numbers. (iStock/Bikeworldtravel)

Clearly 2017 has been a big year of merger and acquisitions in retail. But what do these changes mean for the hiring and laying off of the retail workforce?

We spoke with Emily Elder, practice development manager at RiseSmart, to learn more about jobs and hiring in a volatile retail environment.

FierceRetail: With all of the merger and acquisitions in 2017, have the numbers of employees in retail gone up or down?

The New York Times reports that between 2010 and 2014, e-commerce revenue exceeded traditional retail revenue by an average of $30 billion annually. Even more remarkable, according to several reports, is that half of U.S. households are now Amazon Prime subscribers. In response, many retail businesses are filing for bankruptcy or changing how they sell—from location based to online sales.

The rise in online sales has resulted in a simultaneous drop in brick-and-mortar store fronts. The U.S. Census Bureau found that in 2016, the U.S. retail industry grew by only 2.9%, while online sales grew 15.1%, making reductions in force an unavoidable reality for a majority of retail entities.

FierceRetail: Are there any specific job functions that have been cut more than others?

Elder: Among our program participants, we’ve seen these job titles show up consistently among those currently in the job market from the retail industry:

We have also seen an increase in the number of corporate positions being eliminated as companies seek to decrease overhead expenses. As a part of cost-cutting measures, positions in marketing and IT departments are being eliminated.

To date, the majority of people impacted by layoffs in retail have been entry-level and mid-level management. However, as more and more companies merge or are acquired, we expect to see more candidates at the higher levels of management and from corporate office roles in the future.

FierceRetail: Which job roles do you see doing well and gaining traction in 2018?

Elder: The Atlantic has said that disposable income is trending toward experiences. This is what's exciting about today's economy. Travel is booming, hotel occupancy is booming, domestic airlines have flown more passengers since 2010, and last year, U.S. airlines sent a record of 823 million passengers.

The rise of restaurants is even more dramatic. Americans are shifting their spending from materialism, from retail purchases, to meals out with friends. So, since 2005, sales at food service and drinking places have grown twice as fast as all other retail spending. In 2016, for the first time ever, Americans spent more money in restaurants and bars than at grocery stores.

FierceRetail: With more M&As expected for next year, what effect will this have on the workforce in 2018?

Elder: In addition to the massive layoffs already associated with the changes in the way we shop, retail mergers and acquisitions will result in more individuals at the management level being included in reduction in force initiatives. As with their other retail counterparts, managers will want to look for ways to transfer their experiences to other industries. Additionally, corporate positions, as in any M&A, will be impacted. Positions like accounting, marketing, IT and others, depending on redundancies within the particular organization.

By focusing on past accomplishments and the skills that made them successful in retail, managers will be able to position themselves to enter other, growing industries.

FierceRetail: Should employees be looking to gain new skills for the retail of the future?

Elder: As impacted employees consider where they might want to take their careers in the future, they should determine the gaps between their current experience and the requirements of any role they may consider in the future. As a first step, individuals should begin networking with the people in target industries or positions to discover the critical “must have” skills for those markets. Once identified, they should begin looking for ways to obtain those necessary skills.

In the near term, retail employees should be looking at how the skills they already have are transferrable to other industries and markets. Some highly transferable skills retail employees may want to highlight include:

FierceRetail: What else can you tell us about the effects of M&A on retail jobs?

Elder: The retail industry is changing quickly, and many of the consequences of store closings and the recent trend of mergers and acquisitions are yet to be seen. We do predict continued layoff in the entry level and mid-manager level as well as an increase in the impact on corporate office positions, including higher-level management and executives. No matter the level of employment, retail workers will need to take inventory of their skills and position their experiences to meet the job requirements in other, growing industries.