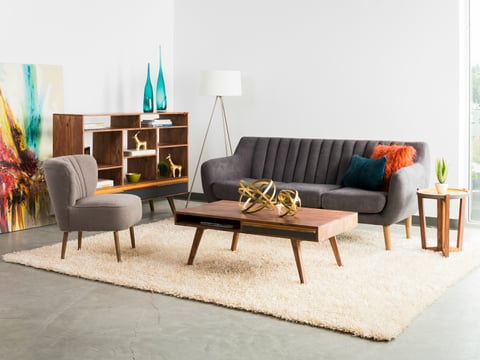 Dot & Bo officially took down its online furniture store on Sept. 23. According to Dot & Bo CEO Anthony Soohoo, the millennial-aimed furniture retailer did not work as a business and burned through $20 million in venture capital investments.

The company was previously valued at about $60 million, with backing from Trinity Ventures and Oak Investment Partners.

Last week, a notice was put up on the site that explained Dot & Bo would be "ceasing all operations," and that it had been in discussions about being acquired by another public company that did not work out.

For other online retailers, sales to a larger, more established brand have worked out well recently when all else flailed. For example, flash sale company One King's Lane was bought out by Bed Bath & Beyond for $30 million, and Walmart purchased Jet.com for $3.3 billion.

Sohoo said that the market was "frozen over," and so he was hoping to go the M&A route. He declined to say which larger retailer the company was hoping to make a deal with.

Soohoo explained that the company was hoping to prompt consumers to buy while putting products into engaging stories and content. But the massive costs could not be covered by the small margin of the furniture business.

"We were trying to build a media company on Day 1, but wanted to get away from the ad model by selling things," Soohoo told Recode. The company was using sites such as Pinterest and Houzz to generate buyer interest, but getting lower shipping costs for larger items proved too difficult.