Are retail relations with Mexico being strained? 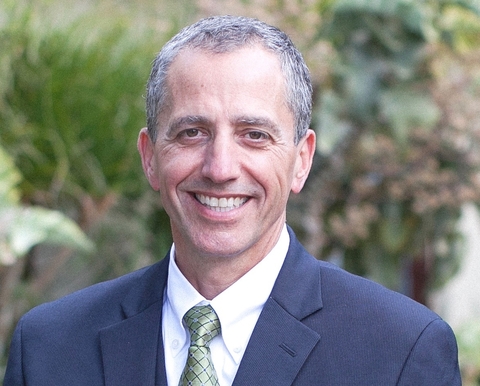 Since NAFTA was signed by the U.S. in 1993, retailers have openly conducted business with vendors and customers in Mexico. Over the past decade, that cooperation has grown with the proliferation of online commerce. But with a difference of labor laws and a strain between political relations, will retailers that do business with Mexico ultimately be affected? FierceRetail sat down with Sam Cinquegrani, founder and CEO of ObjectWave Corp., a digital marketing technology and services company, to learn more about what current policy and possible changes could mean for the future of cross-border retailing.

FierceRetail: When did ObjectWave first start conducting business in Mexico?

Sam Cinquegrani: I founded ObjectWave 27 years ago and we first started doing business with Mexico in the early 90s. Originally it was to engage with local companies to do some work with us. It worked out so well that in 2004 we opened offices in Mexico. I’d say in the last four or five years we’ve done more work with local Mexican companies than ever before. Originally, we were a development center for work completed for U.S. customers and now we are doing work for Mexican companies as well. We are an e-commerce solutions provider in the digital space, so we can do our work from anywhere in the world.

FR: What have been the biggest changes you’ve seen in Mexican retail since your arrival?

SC: The biggest change I’ve seen is the growth of the middle class and I think Mexico has done really well for itself considering where it was at when I got there. Back then, you didn’t see the brands that you see in the U.S. Now when we go to Mexico City, it could be any big town in Texas, it’s very much Americanized. They’ve grown their economy and it’s now the second-largest economy in Latin America, 11th globally.

FR: Is e-commerce in Mexico growing like it is in the U.S.?

SC: When it comes to e-commerce, they got a slow start, probably five years or so behind the U.S., but Mexico now has an online presence and they are currently building out their digital channels. They’ve done less of it than we have, but they are certainly aware of the growth of e-commerce and are addressing it and building it. Things move at a slower speed because many of the companies in Mexico are still family owned.

FR: What do you think about NAFTA and how it affects retailers in 2017?

SC: NAFTA, if you look at it on its own, really in essence takes away the tariffs of goods going across the border, both north and south. There were other supplements to it, which involved labor and environmental impact as well. What concerns me the most is the labor portion, which has potential to have the biggest impact on retailers. For one, there is a trade imbalance with Mexico. Labor is cheaper than in the U.S., so as a result, you’ve seen factories move to Mexico and there are no tariffs to ship these products back into the U.S. Therefore, for items made in Mexico for assembly, the cost per unit is down. As a result, manufacturing jobs are growing in Mexico, which of course hurts these jobs in the U.S. Plus, the labor laws in Mexico are different—there is a big mismatch on how labor is treated in the U.S. and Mexico.

Also, there is a need to level the playing field. For example, if a U.S. brand wants to sell in Mexico, it shouldn’t have to license the brand to a Mexican retailer. While many U.S.-based retailers do well in Mexico, most license their brands to Mexican companies. But conversely, Mexican companies can come to the U.S. and open retail chains without having to license the brand. For example, I know a Mexican grocery that opened 100 stores in the southwest U.S.

FR: If a U.S. retailer wants to enter the Mexican market, what do they need to know?

SC: For one, logistics are constraining. In Mexico, you don’t have UPS or Fedex, so fast shipping and free shipping are hard to do. For example, Amazon opened in Mexico a few years ago, but it’s not as popular as it is here in the U.S. because free shipping is not as easy to do, so logistically, it can get expensive. So retailers like Amazon need to consider modifying the way they do business in order to be competitive.

FR: What does “free and fair trade,” mean for retailers?

SC: “Free and fair trade,” is necessary in order to grow a business outside of the U.S. If you don’t address these issues, you can’t conduct foreign trade. Listen, we’ve struggled doing business in Mexico, since we don’t always embrace how they treat labor. We make sure we treat all of our employees equally, whether they are on a project team in the U.S. or Mexico. We are not siloed; we are fair across the entire labor pool. As a result, we don’t often hire as aggressively in Mexico as we do in the U.S. and that’s the kind of issues that need to be addressed for trade between the two countries to be fair or there will always be an imbalance.

FR: How has President Trump’s talk about closing Mexican borders affected retail with our neighbor?

SC: I can emphatically say it has hurt trade with Mexico. Even the rhetoric is almost as damaging as the policy he might put into place. A year ago, I would go to Mexico and customers would embrace Americans and that’s turning fast. We had a great pipeline coming into 2017 and if rhetoric from Washington doesn’t start coming down a few notches, it will continue to hurt trade not just in Mexico, but everywhere. I believe we have a responsibility to the global community and a responsibility to honor what previous administrations have established with other nations.