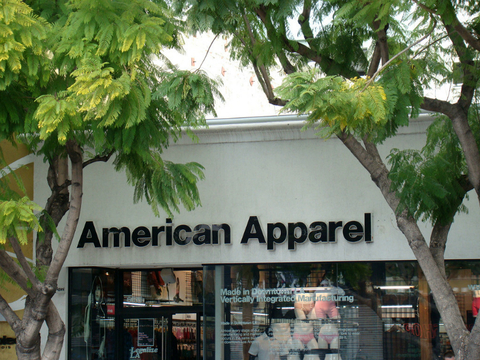 American Apparel announced it will file for bankruptcy for the second time in just over a year as part of a deal to try and turn the company around yet again. Canadian clothing manufacturer Gildan Activewear has agreed to acquire American Apparel for $66 million.

According to the proposed asset purchase agreement, all of American Apparel's worldwide intellectual property would become that of Gildan and the Canadian company would separately purchase inventory to integrate the brand within its printwear business. Gildan will not be purchasing any retail store assets. Subject to bankruptcy approval, the transaction will occur in the first quarter of 2017.

About one year ago, the fashion retailer filed for Chapter 11 for the first time. Though the company left court protection early in 2016, efforts to save the company once again failed. The company reported a 33 percent decline in year-over-year sales at the end of September.

As part of the new deal, American Apparel will have a chance to maintain some of the company's Los Angeles production and distribution operations, and stores will remain open as the brand searches for sales of those storefronts.

According to the company's court filings, "The company faced unfavorable market conditions that were most persistent and widespread than the debtors anticipated."

American Apparel continues to struggle along with others in the teen fashion space against fast-fashion competitors such as H&M, Forever21 and online stores. Other bankruptcies in recent years include Aeropostale and Pacific Sunwear.

Of course, American Apparel's problems started even further back as former CEO and founder Dov Charney was fired in 2014 in the face of sexual harassment allegations. He was replaced by Paula Schneider, who attempted to change the image of the company and improve product quality, but also left the company in September. The company has been losing money every year since 2010.