American Apparel could be for sale 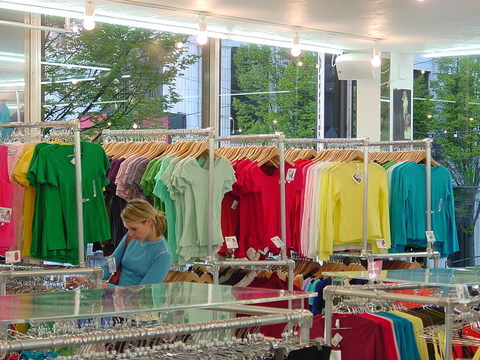 American Apparel is looking for a buyer, just six months after exiting bankruptcy under the oversight of new CEO Paula Schneider and creditors.

Houlihan Lokey has been retained to explore options and is reaching out to buyers, according to Women's Wear Daily. A spokeswoman did not confirm the move, but said only that the company would "continuously evaluate strategic alternatives."

The brand emerged from bankruptcy in February and as part of its turnaround plan began slashing jobs, closing stores and reducing production costs.

American Apparel built its reputation as a locally made brand, but the company's path now looks to be leading elsewhere. It won't go too far, moving production to the Eastern United States, from Los Angeles.

It closed one factory in February and a second will shutter in October. Production could be shifted to North Carolina or Tennessee where labor costs are lower, according to the New York Post.

American Apparel founder Dov Charney tried to buy back the company that ousted him from its board in December. Charney is now working on a new apparel line based in Los Angeles, similar to American Apparel.