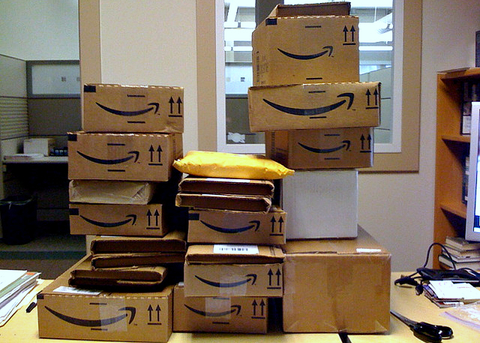 Amazon is restricting new merchants from sending inventory to warehouses ahead of the holiday season. The freeze out signals that the online marketplace may be worried about capacity issues during the busy selling season.

Until Dec. 19, Amazon will not be allowing new merchants to participate in it's Fulfillment By Amazon program, preventing them from sending inventory to fulfillment centers, according to sources familiar with the matter. For those merchants, this could mean potential profits.

Two-day delivery service is a big source of Amazon's Prime membership purchases and consumers can filter search results to show only products that are eligible for two-day shipping. Therefore, these faster shipping items may have an advantage over others not already stocked in the warehouse.

In the past Amazon has instituted cost off times for merchants in categories to get inventory to warehouses. This is the first year that restrictions will apply to all categories of new sellers. Earlier in the year, Amazon changed its fees to penalize merchants who store slow-moving items in the warehouse during the height of the shopping year and reward merchants who send in fast-moving items, by sharing more revenue for fast-moving products.

Last holiday shopping season was the busiest ever for Amazon and warehouses stuffed with inventory pushed the company's operating costs. Amazon announced it would open 21 new warehouses in the first nine months of the year, compared to 10 in the same period of 2015, to help lighten the load.

And this year shows no signs of slowing down as a new survey from Signal indicated that 42 percent of shoppers plan to make Amazon their primary gift destination during the holiday season.