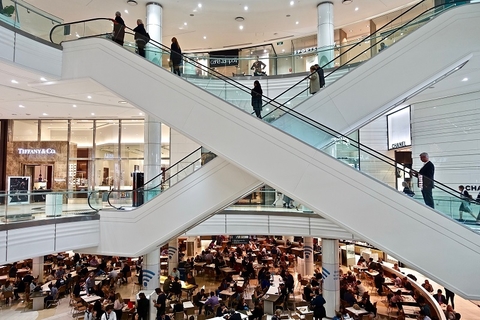 Customer satisfaction is up in supermarkets and health and personal care stores, but down in department and specialty stores. (MemoryCatcher/Pixabay)

It seems satisfaction is up in some divisions of retail and down in others. According to the annual American Customer Satisfaction Index (ACSI), supermarkets and health and personal care stores have gained points, for a score of 79, and department, discount and specialty stores dropped a point.

And e-commerce, though placing the highest among all ACSI scores with an 82, was down a point from the previous year. And of course, the category was ruled by Amazon, with a score of an 85, down one point from 2016. Newegg came in second with an 83, eBay and Overstock and all others hovered around 81.

But why the 1.2% drop in the internet retail score? Customers say that checkout and payment has gotten more difficult and that product images are not as useful.

Supermarkets had a stellar year, with 13 of the 22 brands improving on their scores from 2016. The top score went to Publix, who was up 2% to an 86 and Trader Joe's was close behind with an 85. Whole Foods stayed at its same position near the top with a score of 81. And for the 13th year in a row, Walmart had the lowest score among all supermarkets.

When looking at the second strongest category, health and personal care stores, Kmart and Kroger were the highest rated with a score of 80. CVS was close behind with a score of 78, while Walgreens and Rite Aid both scored 77, just above last place, again Walmart, at 75.

David VanAmburg, managing director at ACSI, thought that CVS's 3% gain over 2016 could be in part due to its emphasis placed on customer and employee satisfaction in order to preempt an Amazon threat. The acquisition of Target pharmacies might also be growing its customer satisfaction scores, since Target pharmacies separately scored an 80.

In the category of discount and department stores, Costco led the pack with a score of 83, followed by Sam's and BJ's at scores of 80. Target dropped two points to a 77, and Walmart again brought up the rear with a score of 71. Dollar Tree was down 4% to a 77 and Dollar General fell 6% to a 73. Sears was also hit hard, down 5%, with a score of 73, which is of no surprise due to its store closures.

Finally, in the category of specialty retail, L Brands led the category with an 85, jumping 4 points over last year. And although Home Depot beat Lowe's for the first time in 2016, it reverted again in 2017. Lowe's scored a 78 and Home Depot scored a 76.