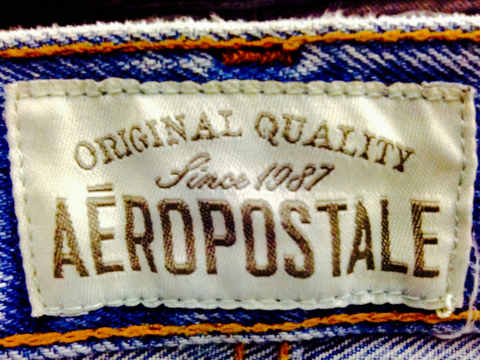 Aeropostale has been rescued from liquidation by a consortium of vendors, liquidators and mall operators that now say a higher number of stores than expected will remain open.

In addition to the 229 stores originally identified, another 171 locations will stay open thanks to a deal struck by the consortium with landlords that will reduce rent on the properties.

On Monday, the court approved the purchase of Aeropostale by the group that includes General Growth Properties, Simon Property Group and Authentic Brands Group.

The group bid $243 million for the retailer and had planned to close hundreds of stores. Given the new arrangement, Aeropostale will keep 400 stores open in the United States and Canada, and another 300 stores worldwide.

"Aeropostale has significant brand equity and the go-forward portfolio of stores generates more than $1 billion in global retail sales, over $800 million of which is from the U.S.," said Sandeep Mathrani, CEO, General Growth Properties. "The entity is financially secure and well capitalized and we are very pleased that thousands of jobs will be preserved."

Both Aeropostale's slide into bankruptcy and its rescue have followed an unusual path.

Company executives claim Aeropostale was pushed to file for Chapter 11 by the actions of one of its lenders, Sycamore Partners, which in turn pushed for the liquidation of all assets to repay the debt.

RELATED: Aeropostale gets a lifeline bid

The 11th hour rescue by this group was even more unusual, as it marks the first time that property owners have come together to rescue a retail brand and tenant.

"This consortium brings a new approach to brand development and Aeropostale brings another facet to ABG’s fashion portfolio," said Jamie Salter, chairman and CEO of Authentic Brands, which also has Juicy Couture and Jones New York in its portfolio.

"We are pleased to be part of this consortium that has saved thousands of jobs and preserved a legendary American brand," said David Simon, chairman and CEO, Simon Property Group. "We are encouraged by the tremendous amount of support we have received from employees, vendors and other landlords."

"The purchase of Aeropostale propels the retail revenue driven by ABG's brands to over $4.5 billion in retail sales worldwide. We look forward to working closely with our new partners, General Growth Properties and Simon Property Group to continue to grow the Aeropostale brand on a global scale."