Aeropostale gets a lifeline bid 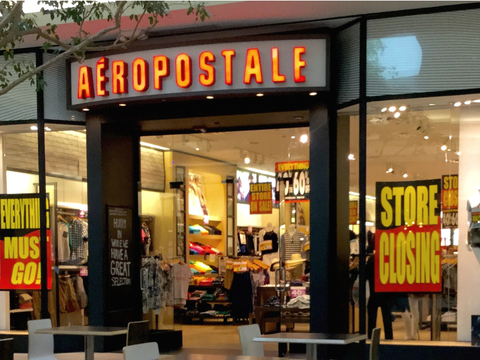 Aeropostale has been thrown a lifeline in the form of a bid to buy assets that could keep some of the company's stores open.

A consortium of landlords, vendors and liquidators have submitted a $243.3 million bid to save 229 stores from closing should the retailer be forced to liquidate. The group includes Simon Property Group, General Growth Properties, and Authentic Brands Group in addition to two liquidators – Gordon Brothers Retail Partners and Hilco Merchant Resources – according to sources.

The teen retailer filed for Chapter 11 bankruptcy protection in May but in July announced it would not be able to reorganize and placed some of the blame on Sycamore Partners, a primary investor that was owed $151 million.

Sycamore has been pushing for liquidation and last week a bankruptcy court in New York ruled that it could use that debt to bid for Aeropostale's assets at auction.

This gives Sycamore an advantage over other bidders, specifically Versa Capital Management, which had been lined up as a preferred bidder with an undisclosed amount.