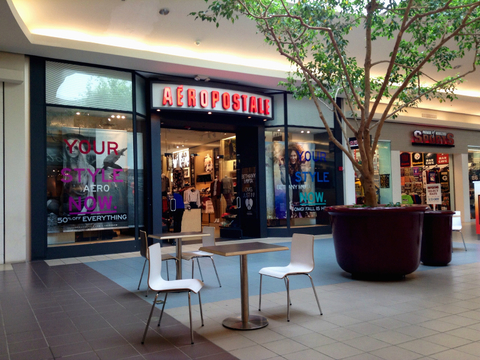 A last-minute bid by a consortium led by property managers has won the auction for Aeropostale's assets, and the group plans to keep the brand intact.

The group, led by Simon Property Group and General Growth Properties, bid $243.3 million with a plan to keep 229 locations open, less than half of its store base. The website will also continue to operate.

Authentic Brands and liquidators Gordon Brothers Retail Partners and Hilco Merchant Resources are also part of the winning group. Inventory at the stores scheduled to close will be sold by these partners.

“Aeropostale looks forward to closing the sale and emerging from bankruptcy with new ownership as a financially stronger company positioned to compete and succeed in an evolving retail landscape,” the company said in a statement.

The saga isn't completely over yet. The bid still needs to be approved by a bankruptcy judge and if it fails to close, Sycamore Partners could be the winner, according to reports.

Sycamore Partners had been pushing for liquidation and used the $151 million it is owed by Aeropostale as part of its bid in the bankruptcy auction.