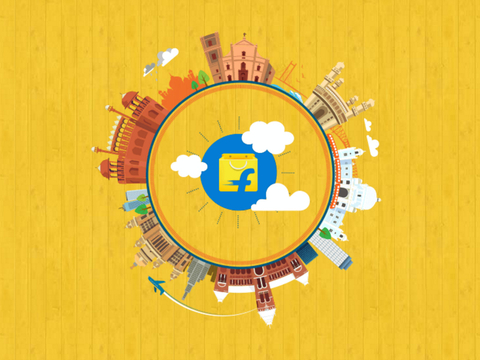 Rumors of Walmart acquiring Flipkart could put the U.S. retailers on the international map. (Flipkart)

According to sources, Walmart is currently in talks to potentially acquire a minority stake in Flipkart, one of Amazon’s largest competitors in India. This acquisition could mean fierce competition with Amazon, and global recognition for Walmart.

Currently, the frontrunners on a global scale are Amazon and Walmart, joined by Chinese entities JD.com and Alibaba. According to Georg Richter, CEO and founder of OceanX, a subscription commerce platform, each has their distinct home-field advantages and are looking for opportunities to exert some dominance outside of their home turf.

At the same time, he notes that rising e-commerce players such as Flipkart (or formerly Jet.com or even Chewy.com) are faced with the challenge of finding ways to gain market share and become partners with these retail giants.

"For Walmart, this acquisition would secure a foothold in India and another 'feather in the cap' for their new acquisition strategy under Marc Lore," Richter told FierceRetail. "In my opinion, it looks like Flipkart has come to terms with their inability to compete head-to-head with Amazon in the long run even on their home turf and that the combined power of Walmart and Flipkart will ultimately help them reach more consumers in both India and abroad."

Jim Fosina, CEO of Fosina Marketing Group, agreed that the pairing of Walmart and Flipkart shows Walmart's hunger to compete on a global scale against Amazon.

"India is a huge and emerging market and the relationship with Flipkart would get Walmart into the game on a worldwide stage," Fosina told FierceRetail. "They would be buying in while at the same time learning to build an Amazon-like product/service on a grand scale."

And, of course for Flipkart, an investment by Walmart propels it to become a global player as well.

It seems a merger could not only benefit the retailers but would also open doors for consumers as well, as the competition could result in the lowering of prices and open doors to suppliers who might have more opportunities on the combined shelves.

Fosina believes that the pairing would increase the product selection for India-based customers by connecting Walmart products to the India market within Flipkart model. Plus, Walmart would provide a gateway for U.S. brands that it currently has relationships with to enter the Indian market.

The partnership even has the ability to lower prices for the U.S. consumer by leveraging global sales volume to reduce overall SKU costs.

RELATED: Walmart could invest in Flipkart

The pairing of e-commerce companies with traditional retailers is becoming more and more mainstream in the retail industry. It also represents a larger retail trend, as companies fight to become global entities.

"Retail used to flourish within a single community or even a city block," Richter said. "Then with the influx of larger chain stores it was kind, it expanded regionally where people were willing to drive to a nearby but not local Costco or Walmart. Then it became national with the rise of the e-commerce landscape and Amazon. The next step for e-commerce is global. You will be able to purchase U.S.-made products in China or India from Walmart or Amazon or Chinese made products in the U.S. from JD or Alibaba."

Fosina noted that these mergers also represent a sign that the big players are waking up to the direct-to-consumer (DTC) market threat. Tired of losing to Amazon, larger retailers are making the strategic moves to slow down the giant marketplace.

"It remains to be seen if this clash of the titans really results in one-to-three major retailing brands or whether consumers will see this consolidation as a good thing from a price/value standpoint. What's incredibly important is that these brands aren't just doing financial engineering ... they MUST build a higher level of service and customer support, innovative ideas in how to connect with customers into the model in order to be truly successful," he said.

Again, he stressed that retailers must build a DTC strategy for 2018. Plus, there must be a hyper-local strategy built so that customer engagement and service are put front and center.

"Customer service and engagement are critical for all retailers to enhance, the level of personalization at all customer touch points is essential to retaining customers. Local retailers must become known for the level of service that they provide on a local level," Fosina added.

While a lot of benefits may come from an acquisition, there will be bumps along the road as the two entities merge.

Richter pointed out that culture is a huge piece of the Walmart mindset and will need to be taught to members of Flipkart over time. Plus, there is also the challenge of truly understanding a community and in this case, India.

"Walmart will have to test whether they are able to duplicate the tactics that have proven successful in the U.S. in the Indian market. Will their standard processes for suppliers and vendors apply and be efficient in a new market?" Richter asked.

So what advice do these professionals have for Walmart and Flipkart?

Richter: "My best advice would be to get this deal done soon because it is very hard to tell how long this era of cheap capital and the race for growth will last. It can’t last forever so while it is still here I think the big players will continue to merge or acquire across the global battle for retail."

Fosina: "It signals that there is going to be a lot more fierce activity in the retailing space. The giants have awakened and are making their moves to do battle. This signals another wake-up call for all retailers to examine their strategies and become more aggressive as I have indicated above."