A deeper look at Jet and Walmart shoppers 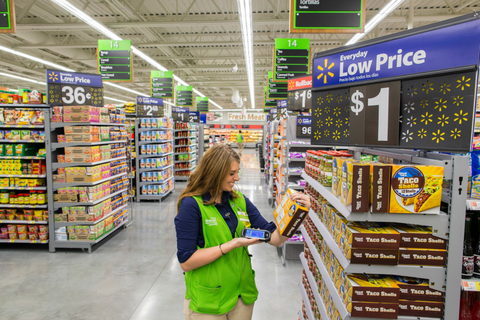 Walmart is buying e-commerce retailer Jet.com for $3 billion, and while there are differing opinions about what this means for Walmart's business, one research company has already released survey results offering insight into the two customer bases.

Field Agent queried 5,000 mobile U.S. consumers and found that just 9 percent had made one or more purchases on Jet.com, compared to 76 percent who had previously made a purchase on Walmart's website. The Jet shoppers were sent a mobile survey and while the sample size was very small, just 250 consumers, it also revealed some interesting facts.

Nearly all – 98 percent – of Jet users have shopped Walmart.com, more than Amazon and Target by 9 percent and 18 percent, respectively.

Low prices were the draw for most Jet shoppers and the majority called out Jet's "price drop as you shop" feature as an attraction. This assigns additional savings as more items are added to a cart.

Will Jet help Walmart compete against Amazon? Roughly 63 percent of respondents who have shopped both Jet and Amazon said Jet excels in "price promotions, sales and/or discounts," while just 19 percent said it beats Amazon on everyday prices.

Field Agent asked a total of 13 questions relative to these two competitors, but no others received a statistically relevant number to report.

For those who have shopped both Jet and Walmart, 52 percent said Jet was better than Walmart on pricing, but 41 percent found it superior in terms of website navigation, bolstering the notion that Jet gives Walmart access to better technology.