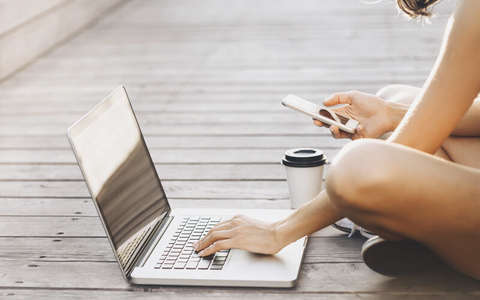 Consumers are looking to brands to take a stance on political issues.

New data from Sprout Social says that brands have a lot more to gain by getting involved in a political conversation on social media than staying out of it.

Although it may seem risky for a brand to speak out on an issue, according to the "Championing Change in the Age of Social Media," 66% of consumers think its important for brands to take a stand on social and political issues, and 58% prefer this to happen on social media.

"People are increasingly seeking a sense of personal and values-based connection in their relationship with brands—especially given the digital proximity and sense of immediacy afforded by social platforms," Andrew Caravella, VP of strategy and brand engagement at Sprout Social told FierceRetail. "People want to know that the brands they love have passion, interest and stances on many of the same issues about which they also feel strongly. In many instances, this knowledge informs whether they continue to support and nurture the relationship or, in some cases, decide to cut ties altogether."

And research shows that millennials in particular hold brands in high regard for their corporate social responsibility efforts and the causes they publicly support.

"Brands that make their beliefs known have an opportunity to make an impact on this sought-after community and could also have a greater chance at retaining their loyalty," he added.

As many as 78% of consumers who identify as liberal want brands to take a stand on social and political issues, while only 52% of conservatives feel the same way.

When consumers' beliefs align with that of a brands, 28% will publicly praise the company, versus 20% will criticize a company when they disagree with the brand.

Consumers are most receptive to brands on social media, followed by television or radio, 47%; websites and blogs, 38%; and print advertising, 25%.

Consumers tend to use emojis to react to brands' social media posts on issues. The most popular emoji is intrigued, 27%; followed by impressed, 24%; engaged, 23%; turned off, 22%; and annoyed and inspired tied for 21%.

Moving forward, Caravella anticipates that accountability on social media will continue to rise.

"It’s critical that companies and their leadership put values front and center and publicly make their stances known," he said. "We’ve seen a major shift toward the public acknowledgement of and applause for political, environmental and social stances from brands such as The New York Times, Heineken, Airbnb and more."

He added: "In a social and political climate growing more volatile by the day, it may not be an option for brands to stay silent on issues that affect their customers, employees and businesses."

Caravella pointed out that taking a stance is not always the same as taking sides. So while brand may take a stand, it must also remind its customers and community that it respects them. That said, retailers must be thoughtful and carefully prepare if they decide to make a public statement. While research pointed to more potential positive outcomes than negative, brands should prepare for every kind of reaction once they go public.

First, ensure that the issues around which the brand advocates align with the company and core values.

Second, listen to the community conversations and understand possible reactions from all sides.

Third, be prepared to extend conversations and offer feedback across social and other channels—sometimes these conversations warrant more than 280 characters.

"Taking a stand can be an effective way to humanize your brand while offering your authentic and genuine thoughts about matters that are important to your audience as well," he added.