6 strategies for winning in the new retail ecosystem 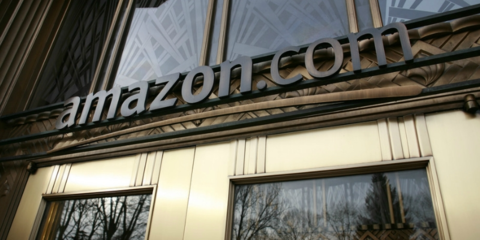 The physical store will continue to be a key component in the omnichannel retail landscape of the future, according to PwC's latest report "The New Retail Ecosystem: From Disrupted to Disruptor." However, the future of shopping must include seamless, brand-defining experiences across all channels in order for retailers to remain competitive against major disruptors such as Amazon.

In the report, PwC offers six key strategies that retailers are using to navigate the new retail ecosystem: Pricing, loyalty, fulfillment, assortment, platform and innovation. While new entrants and disruptors are helping to shape this retail landscape, experienced retailers can still adapt, survive and thrive.

What will be the biggest shift we will see in the way that consumers shop in the next five years? No question, a continued shift to mobile shopping, PwC Consumer Markets Leader Steve Barr told FierceRetail. In the short run, he expects the continued, rapid transformation of completing transactions via mobile. "Plus we really are at the tipping point of boundary less retail," Barr said.

"We talked about omnichannel for years, but it was aspirational. Now the leading retailers have invested in system and technology and have the capabilities and tools in place to enact boundary less retail." He also noted that down the line, closer to the five year mark, he expects to see an uptick in virtual and augmented reality to influence shopping behaviors.

First pricing still reigns,  as low cost remains the most important shopping decision for two-thirds of those shoppers surveyed. However, convenience and speed are also creeping up in importance, capturing 45% of those surveyed as the main reason for shopping online. With these numbers in mind, retailers should consider dynamic pricing models that allow for real-time adjustments based on customer loyalty, shipping costs and inventory updates.

Second, brand loyalty will continue to play a large part in creating a connection. Take Amazon, for instance. Barr said the most significant takeaway from the report was that 90% of those surveyed indicated they have a relationship with Amazon and that 40% shop less often with other retailers and 25% shop less often on an online site due to this relationship.

"So if other retailers don't do something quickly to transform their models to compete with Amazon, we're going to see a continued shift of consumer purchases going primarily to Amazon," he said.

RELATED: Amazon Business doubles customer base in one year

Third, the role of fulfillment is adapting, as home delivery still remains important but buying online and picking up in store is also growing in popularity. This means retailers are now experimenting with using physical stores as fulfillment centers.

"There is a strong statistic in the report that states 90% of Americans live within 20 minutes of a Walmart location," Barr said. "The power lies when a retailer like a Walmart leverages that store base as a strategic asset for a broader boundary less relationship. This is a key differentiator over online only retailers and I think this is where the store based retailers can push back and win and get the execution right. And i feel like the leading players really are have transformed their own operational capabilities an dare doing an out standing job to leverage of their real estate portfolio to challenge online only."

Fourth is assortment, the abundance of product availability online, while important, still does not match up with the consumer need to interact with a sales associate.

Fifth, retailers who remain competitive need to offer an easy-to-use platform as 50% of those surveyed said they browse retailer websites as their man search option for purchases. And as mobile continues to advance, 46% of respondents are open to using mobile payment via a smartphone, up from 29% last year.

Finally, innovation will help retailers to prevail. Especially as foreign entrants into the U.S. market serve as disruptors, retailers will need to look to new formats.

"I see who has the potential to disrupt Amazon from outside of the U.S.. These include Alibaba's Tmall and social platforms like WeChat," Barr said.

The time is now. "Store-based retailers need to transform or die," Barr said. "I'm excited and believe that many leading retailers in the U.S. are in the midst of a radical transformation."