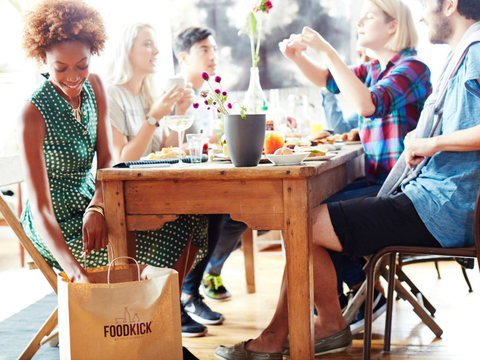 Online grocery FreshDirect is expected to ramp up its expansion plans this year, as well as its one-hour delivery service known as FoodKick.

The company announced the closure of a $189 million investment round led by J.P. Morgan Asset Management.

The investment is the largest to date for FreshDirect, a grocer known for delivering high-quality products in New York City and beyond.

FoodKick, which launched earlier this year in Brooklyn and Queens, caters to smaller orders delivered via bicycles and mopeds in less than an hour. FoodKick is expected to expand into Manhattan and compete against AmazonFresh and Prime, which offer one-hour delivery.

The online grocery space is now a $13 billion industry and growing. Online grocery sales are expected to reach $18 billion by 2018, according to BI Intelligence.

Some of FreshDirect's biggest competitors include PeaPod, which delivers for Stop & Shop, and Instacart, which delivers groceries for brands including Whole Foods and Costco.