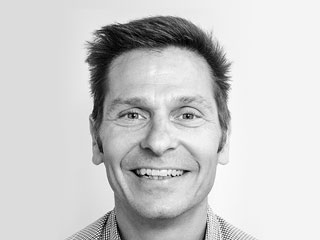 Retailers that sell across borders experience 50% more fraud than those who only conduct business domestically. A recently published e-book from Whitepages Pro breaks down the hurdles standing in the way of global e-commerce, which is predicted to be a $4 trillion market by 2020.

1. Consumer identity data varies by region. There is not yet a global standard for customer identity verification, making it difficult for companies to adopt a consistent, comprehensive approach to customer identification. For example, standardization of dwelling addresses is not universal, despite what many think; Or some countries have different unique identifiers (in the U.S. it’s SSN, in Brazil it’s CPF, etc.) or none at all, and many can be compromised.

3. Fraud risk varies by region. Some regions of the world are simply less risky for cross-border e-commerce. Denmark, Finland, New Zealand, Norway and Switzerland are among the least fraudulent countries, while Indonesia, Venezuela, Romania, Brazil and South Africa are currently the world’s fraud hotspots. For example, it’s estimated that more than a third of all online transactions from Indonesia are fraudulent.

4. Overly conservative risk policy hinders revenue. Nearly 75% of organizations that track false positives believe that up to 10% of the orders they reject on suspicion of fraud are actually from legitimate buyers, causing a loss of sale and potentially insulting turned-away customers.

5. Multiple identity data elements are required to make a good decision. Reducing online fraud while preserving a good customer experience requires companies to verify identities quickly and accurately, and it’s not enough to look at individual identity elements. Sourcing this much global data for effective identity verification is daunting, but reputable global identity verification is available via API and web-based services, allowing retailers to conduct real-time identity data searches for order authentication. Examining combined data like name, address, phone number, email and IP address can indicate a good or illegitimate transaction. Data sources that verify these elements and verify the linkages between these data elements is a promising path to success for global commerce fraud detection.