Shinola to grow as a lifestyle brand 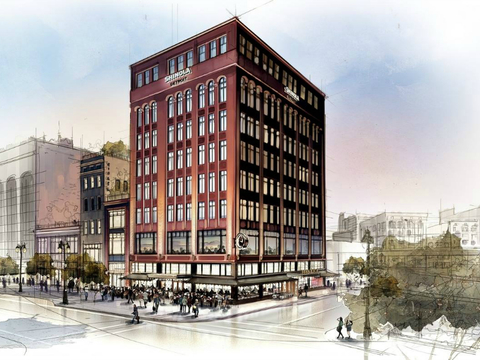 DALLAS – Shinola, perhaps the quirkiest retailer to ever raise a reported $125 million from outside investors, will soon take a key step in building its online business by launching a new version of its website, extending the brand into new product categories and even opening a hotel.

In the next three weeks, the five-year-old maker and seller of luxury goods like watches and leather bags will unveil version 3.0 of its site, Jacques Panis said during a keynote presentation at the National Retail Federation’s Digital Summit in Dallas.

The latest version of Shinola.com will be the company’s first stab at re-creating digitally the sights, smells and sounds of the brick-and-mortar stores it has quietly been opening in upscale neighborhoods in New York, Los Angeles and London. 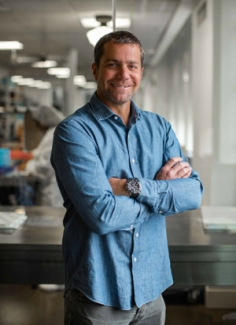 “The in-store experience is critical,” Panis said during the question-and-answer portion of his presentation with Razorfish executive Jason Goldberg. “I’d love a scratch-and-sniff electronic screen.”

Shinola’s brick-and-mortar locations account for about 30 percent of its revenue, with wholesale making up closer to half. E-commerce comprises the remaining 20 percent, Panis said.

But while the next version of its website will use imagery, video and narration, it was clear that Shinola is going to embrace only so many digital sacred cows, such as chat.

The updated site will remain focused on its niche audience and avoid appealing to a wider swath of consumers. Content and features will focus on the interests of its core customer, such as a love of travel.

Clad in a fashionably untucked buttoned-down shirt, Panis came across as the opposite of suit-wearing retail executives who took the stage at other times in the conference.

And that may have been precisely the point.

Kartsotis, who according to Inc. has invested $100 million of his own money in Shinola and is building a lifestyle brand.

It set up a watchmaking factory in a Midtown Detroit building owned by Wayne State University’s College for Creative Studies.

Kartsotis apparently wasn’t put off by the fact that few watchmakers, if any, lived in the United States, much less Detroit.

“We trained our people to do something that had not been done in the United States in the last 60 years,” Panis told the NRF audience.

Roughly half of Shinola’s watches come with leather straps that the company produces with a labor-intensive method at a 12,000-sq.-ft. factory in the Motor City. It also produces other small leather goods like wallets and tech accessories.

The business has a waiting list for a forthcoming line of jewelry set to debut in October.

In November, it will roll out a line of audio products that will include turntables.

It currently sells soda pop, dubbed Shinola Cola. Its products even include shoe polish, reportedly a nod to a long-defunct brand whose name the company resurrected.

To further extend its real-world connection with its customers, Shinola will open a hotel in Detroit in November 2018.

The plan is to offer a new kind of experience with the Shinola hotel, he said. “It’s going to be an incredible community space."