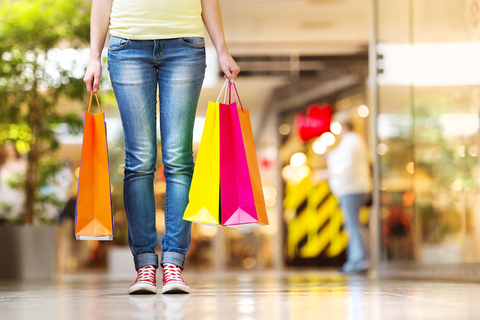 Online shopping is expected to surpass in-store shopping for the first time this holiday season.

Online spending is expected to surpass in-store spending for the first time ever this holiday shopping season.

According to Deloitte's 32nd annual holiday survey, consumers said they plan to spend 51% of their budgets online, with about 42% of spending going to physical stores.

Before 2016's tie, physical stores have traditionally garnered more of the holiday spend than online stores.

And higher-income households, those earning $100,000 or more, are expected to spend 57% of their holiday budget online and 39% in store.

When purchasing on a mobile phone, 22% will pay for purchases in-store using a movie wallet app and 40% anticipate using a retailer's app on their smartphone.

“Whether a retailer is online or store-based, their digital influence is one of the strongest cards to play this holiday season. Even though 80% of people said they expect the majority of their shopping will fall in late November onward, decisions about where they’ll shop and what they buy will be largely determined by the digital interactions occurring now," said Rod Sides, vice chairman, Deloitte and U.S. retail, wholesale and distribution leader.

Consumers seem to have a positive outlook on spending this year, backed by a good financial outlook. A majority, 81%, of respondents said their finances are the same or better than last year, up from 63% in 2012.

Overall, the average consumer will spend around $1,226 this holiday season, about the same as last year. More specifically, $430 will go towards gifts and around $480 will go to entertaining and socializing.

Almost half, 49%, of respondents plan to purchase this year's top gift choices: gift cards and clothing. In addition, 42% are hoping to receive electronics and 36% want cash most this year as a gift.