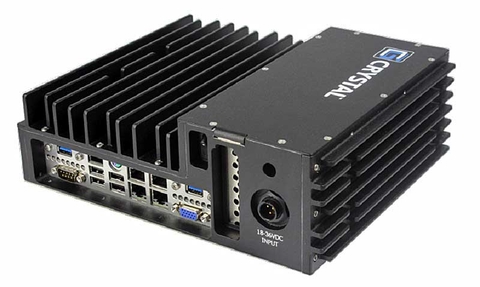 Newegg's sales up 10% in November from last year.

November proved to be a very strong start to the 2017 holiday shopping season for Newegg. The online computer parts and consumer electronics company reported that "Black November" was up 10% over the same month in 2016.

“Since November 1, we’ve seen strong customer engagement in response to our Black November offering,” said Merle McIntosh, Newegg’s senior vice president of sales and marketing at Newegg. “We’re encouraged not just by increased sales in core product categories for gamers and DIYers, but also the complementary aspects of our marketplace offerings and global growth.”

Cyber Week posted an even stronger jump, as sales were up 45% compared to the same week in 2016.

The strong growth signals that shoppers are indeed starting their gift buying earlier and looking for discounts well before Thanksgiving weekend. Anticipating the shift, the retailer coined the month "Black November" in 2009. Now in its ninth year, Newegg celebrates Black November in 52 countries.

RELATED: Spending on consumer electronics up 2.5% this holiday season

It also shows the growing popularity of consumer electronic gifts. According to Doug Hermanson, principal economist with Kantar Retail, households have gained economic momentum in the recent months, which bodes well for traditional holiday gifts such as consumer electronics.

Newegg reported that gaming was a big catalyst for the jump in year-over-year sales. New video games are fueling strong sales of computer upgrades such as memory, GPUs and monitors plus gaming accessories from keyboards to mouse pads.