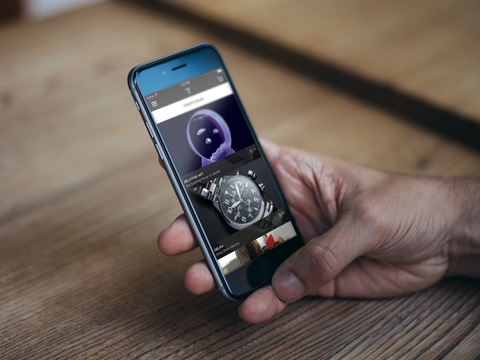 Touch of Modern is meant to speak to the browsing nature in shoppers, rather than intent shopping.

When online men’s fashion site Touch of Modern was founded in 2012 the company was a desktop first, e-commerce company. But as mobile began to grow, Dennis Liu, co-founder and chief strategy officer, said that Touch of Modern introduced their mobile app and finally, two years ago, the company switched to a mobile-first platform.

Today, 70% of Touch of Modern’s traffic enters through a mobile channel.

The brand issues a new set of sales daily for consumers to discover. The products and offerings are constantly changing.

“No two days on our site are the same,” said Liu. And that setup is very intentional, as Touch of Modern is meant to introduce product discovery and to speak to the browsing nature in shoppers, rather than intent shopping.

“We’re creating an online mall for a browsing experience,” he added. “You want to discover what’s ‘hot,’ and mobile is the perfect medium for that behavior.”

The company has solid strategies that drive consumers back to the site. For one, almost daily push notifications are sent to mobile devices. The retailer also sends out a digest at the beginning of the day to encourage sales.

But building up a successful mobile app was not without challenges. Liu says there were some decisions in the beginning to take technical shortcuts. And it wasn’t native to the operating system, which meant it was slow and sometimes crashed.

“So we took some time to revamp and rebuild it from the ground up, both iOS and iPad, all native apps. It became a lot better after that. There were fewer bugs and it looked great and it continues to get great reviews in the app store,” Liu said. He says the average is 4.5 out of 5 stars for reviews in the app store, and the app is ranked in the top 50 in its shopping category.

Although Touch of Modern used to outsource a bit more, they eventually took everything back in-house to make sure the mobile experience was as good as it could be. They hire their own iOS developers and even most of the mobile marketing is done in-house.

Liu reinforces that Touch of Modern’s strength goes back to its native app, where consumers can easily and quickly discover new products, rather than having to sort through thousands of SKUs.

“We give you a daily feed of our products with a simple scroll-through,” Liu said. Plus, he says the photos and videos of the products are clean and engaging. While a lot of the content currently does not live within the app, it can be found on the retailer’s site and YouTube channel. Eventually, the content will be linked back to the mobile app.

Liu’s advice for retailers building an app is to make it simple, but useful. “Give consumers a reason to download the app beyond just having a mobile version of the website,” he added. “Do not just convert your web to mobile and throw it up. It’s actually a worse experience, because what’s easy on the web is hard to navigate on a phone.”

Liu says that in general, mobile is about to take over the web in terms of activity. When looking at engagement and queries, mobile definitely shows no signs of slowing down. Companies like Touch of Modern are at the front of the curve, especially with a demographic of male shoppers who tend to be browsing on their phones more than women. According to Business Insider Intelligence Report, men are more likely to make purchases on mobile devices, 22% versus 18%.

Men are also more likely to make purchases online. In fact, 40% of all U.S. men aged 18 to 34 would “ideally buy everything online,” compared to 33% of women the same age, according to Business Insider Report.