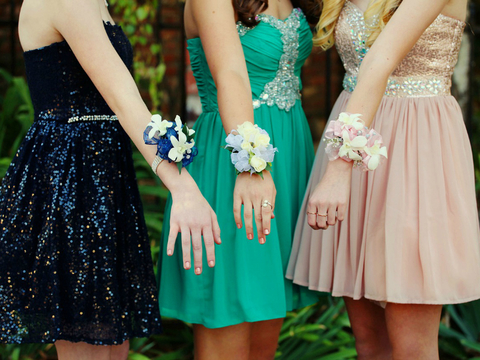 Rent the Runway, with its dress rental model, beat out many established retailers in the paid search marketplace.

The second most popular retailer was Macy’s, with a 9.5% click-share in the prom dress category, followed by Rent the Runway with a 9.3% click share.

Looking specifically at U.S. Google activity between April 3 and May 2, 2017, for terms such as “cheap prom dresses” and “plus-size prom dresses,” Macy’s and JCPenney’s also appeared in the top five advertisers in impression shares, with 8.7% and 6.7% respectively.

“JJ’s House, Rent the Runway, Macy’s and JCPenney all were in the top five for both impressions and clicks on the prom dress keyword group,” Jim Leichenko of AdGooroo told FierceRetail. “While it’s difficult to say exactly what these advertisers are doing differently than others, it is apparent that all five of these companies clearly recognize the value of advertising on prom dress keywords in paid search and have devoted the resources to it necessary to generate a successful campaign.”

Researchers were surprised that Rent the Runway, with its dress rental model, beat out many established retailers in the paid search marketplace. Also, AdGooroo’s researchers found something never encountered in their paid search research before—the same website appearing twice in the ranking under two different, distinct domain names.

Looking at results, JollyProm.com generated a 6.6% click share on the keyword group, while JollyProms.com produced a 4.3% click share. Although the sites are distinct and neither are a subdomain of the other, they appear to have the exact same content. Additionally, a third site JollyBelle.com, which appears to be owned by the same company as JollyProm.com and JollyProms.com, captured a 1.6% click share on the prom dress keywords. Therefore, the three Jolly sites captured 12.5% of all clicks on the prom dress keyword group during the 30-day period—more than any other advertiser.

According to the research, advertisers spent $541,000 on product listing ads sponsoring the 125 prom dress keywords, compared to $487,000 spent on Google desktop text ads.

“Paid search’s pay-per-click model makes it one of the simplest advertising media to measure results. Advertisers can easily judge the success of a campaign based on campaign performance stats such as click-through rate and total number of clicks, cost of the campaign and conversions/sales on their website. Paid search continues to be the top ad medium for online retailers because it delivers measurable results,” Leichenko said.