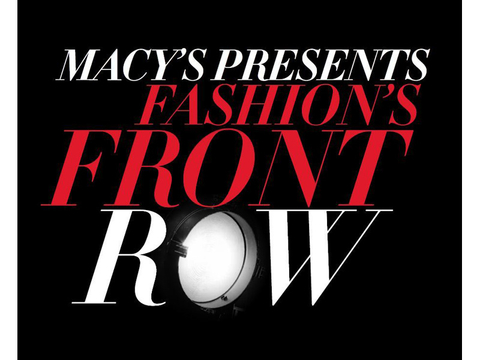 Macy's plans to kick off Fashion Week by staging a televised runway show in advance of the official event.

"Macy's Presents Fashion's Front Row" will air on the E! network and will feature looks from national brands and the store's own I.N.C. International Concepts.

It's being billed as a one-hour entertainment special complete with musical performances and a Betsey Johnson collection inspired by DreamWorks Animation's upcoming film "Trolls." As the program's signature technology partner, Samsung will feature a line of smartwatches on the catwalk.

“Our national entertainment special on E! will open the doors to the masses, with electrifying musical performances and an incredible theatrical presentation of must-have designer looks," said Joe Feczko, exec producer of the event. "And once again, on the day of the broadcast, fans will be able to shop the show directly from the runway via our newly created website, macys.com/shoptheshow.”

Macy's is trying to reinvent itself as traffic to malls declines. It will close roughly 100 locations, add off-price formats and expand several store concepts within larger stores, including Bluemercury beauty departments.