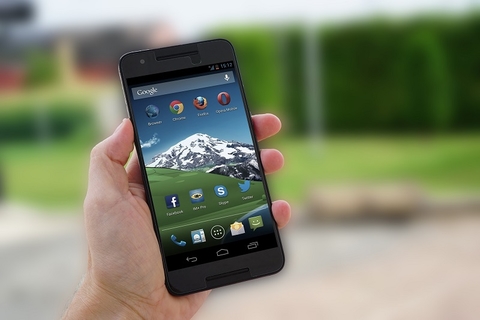 The study examined how brands are adapting to a rapid shift in consumer behavior.

Macy's and Best Buy snagged the No. 1 and No. 3 spots for the best performing mobile brands in the U.S., according to Ansible, the mobile marketing and technology agency of IPG Media, in partnership with YouGov and Google Tools.

The global study collected and analyzed more than 2,000 brands and more than 240,000 data points to determine each brand's mobile performance against five dimensions: discoverability, mobile optimization, navigation and content, utility and usability, and driving desired actions.

“With mobile web traffic surpassing that of desktop, it’s clear that mobile plays a role in every stage of the path to purchase—whether you’re initially looking for product information, reviews, price comparing while in store, or perhaps completing a transaction through your phone," Travis Johnson, global president of Ansible, told FierceRetail. "Having your brand easily found in that time of need, and being able to easily navigate the site or app, is critical to satisfying the consumer. Indeed, a failure to do so will send them straight to your competitors."

RELATED: One-third of shoppers now use mobile only

Looking at global trends, Amazon and 7-Eleven were at the top of the list, No. 2 and No. 3. Other retailers to make the top 10 for mobile readiness include Nike, Google, Adidas and Target.

"The MDEX is a first-of-its-kind study that provides IPG Mediabrands clients with the tools knowledge and platform insights needed to be at the forefront of the mobile," said Johnson. "A dynamic and robust mobile strategy is critical for brands in today's marketing ecosystem. The MDEX will serve as the cornerstone of our client advisory services and strategic offerings."

The study examined how brands are adapting to a rapid shift in consumer behavior. According to MAGNA, the innovation unit of IPG Mediabrands, in 2016, consumers spent 33% of their time on mobile. By 2021, MAGNA projects mobile engagement will reach 37%.

RELATED: 27% of Starbucks transactions are mobile

The MEDEX rankings include both quantitative and qualitative components. On the U.S. rankings list, Macy's received a rating of 126.40, less than three points above the No. 2-ranked Spotify. Best Buy received 122.79 points and Costco came in at No. 4 with 122.22 points. Other retailers on the U.S. top 10 include The Home Depot, No. 5; Target, No. 6; and Amazon, No. 7.

“Six of the top 10 ranked brands in the U.S. MDEX are online retailers," Johnson said. "It’s clear that a mobile focus is central to the success of brands, including Macy’s, Amazon and Best Buy. They know the perils of not optimizing their presence and performance—lost sales is a great motivator to get it right."

The framework for the study was developed over a six-month period between July and January 2017. The survey covered 15 major markets around the globe.