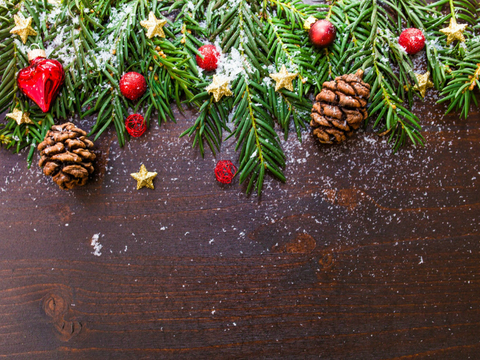 The highest open rates for holiday emails came from those generated around Black Friday, and they converted at a rate more than 52% higher than BAU campaigns.

"Subscribers were more than overwhelmed this past holiday season, with brand emails deployed in Q4 increasing by 14.5% quarter over quarter," Gurjit Sandhu, senior marketing specialist at Yes Lifecycle Marketing, told FierceRetail. "This rise in email volume, combined with the high adoption of themed emails, meant that more brands were competing to attract subscribers with the same seasonal tactics, over the same period. However, emails that combined the right offer with a well-timed deployment, resonated with consumers who were ready to convert."

Still, despite lower open rates, holiday emails in 2016 experienced higher conversion rates than BAU emails. The best-performing subject lines combined these holidays with clear offers and were effective in connecting with subscribers who were ready to convert.  And Cyber Monday emails converted at 9.3%, more than double the performance of BAU emails, and outperformed Black Friday by 53%.

“Data needs to be every marketer's best friend, and it is most critical during peak seasons like the Q4 holidays," said Michael Fisher, president of Yes Lifecycle Marketing. "More than ever, retailers need the right data and the right tools to support campaigns that drive engagement and conversions. Otherwise, they run the risk of being overlooked, or worse, irritating customers.”

Historically, there are certain days of the week that holiday-themed emails did better than others.   According to Sandhu, the best day of the week to send holiday emails changes depending on the holiday. Thanksgiving, Black Friday and Green Monday are more predictable when it comes to sending timely emails—but marketers are still missing out on opportunities to engage. For example, Sandhu says that even though most Black Friday emails were sent on the day of the event, the emails that were sent on the Sunday after and communicated urgency resulted in higher average conversion rates.

"If retailers want to stand out this coming holiday season, it’s important to pay attention to day-of-the-week opens and conversions and to think outside of the established tactics brands have already exhausted," she added.

One surprising finding in this report was that most retailers still seem to focus solely on the major holidays while neglecting the retail-focused holidays that are important to consumers. For example, only 6% of brands leveraged Green Monday, yet it generated 50% higher conversion rates than standard emails. Retailers should consider utilizing preference centers to identify the holidays their subscribers value most and the types of content they prefer in order to better fulfill consumer needs.

Looking forward to the holidays in 2017, Sandhu recommends that retailers pair strong offers with a subject line that conveys a sense of urgency.

"By offering last-minute deals and timely incentives—consumers will not want to miss out on holiday-themed savings and will be more likely to open and convert," she said. "Retailers should keep in mind that most shoppers this holiday season will be on-the-go. Offering quick calls-to-action and a mobile-friendly experience will provide a more seamless path to purchase for subscribers, ultimately driving them to click and purchase."