Groupon, REI among most liked apps 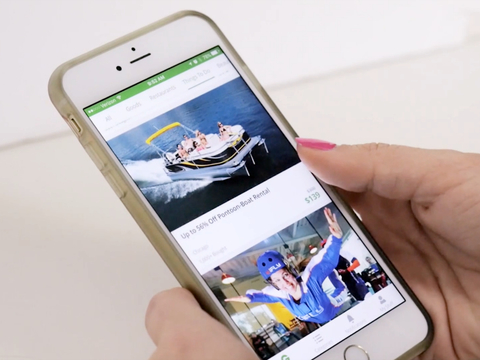 Groupon's app was the top rated in the survey

Groupon, One Kings Lane and REI are among shoppers' favorite apps, according to a new report by ARC that analyzed the top mobile app experiences based on user reviews and sentiment.

ARC analyzed the mobile user sentiment of the native Android and iOS apps among the 50 retailers with the most mobile app sales in 2015. To qualify for inclusion, individual retailers needed to transact 40 percent or more of their total 2015 sales via their mobile apps.

Which leaves Amazon off the list, in spite of reports that close to 35 percent of sales are coming from mobile users who are spending more time on the app. According to ARC's criteria, Walmart, Target and many of the world's largest retailers are not included in the rankings.

Groupon, One Kings Lane, ModCloth, REI and Rue La La made up the top five retailers on the list. Gilt, JackThreads, Inditex Group (Zara), JD, and Overstock.com rounded out the top 10.

There were also those that experienced shifts to the negative. "Peapod's Android and iOS feedback is riddled with one- and two-star reviews that complain of freezes, slow performance, blank screens, error messages, disruptive ads, limited payment support options and new updates that seemingly weren't tested prior to release," noted the report.

For more:
- see this ARC from Applause report