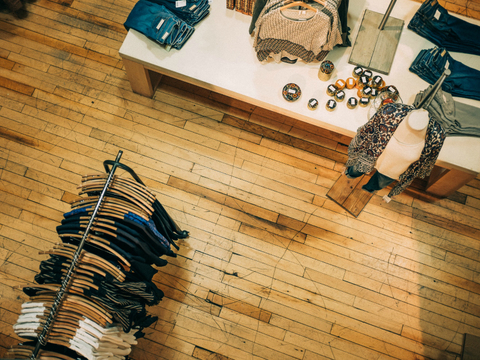 When asked what qualities are most important in a fashion retailer, all age groups cited good value for the price as a top priority.

Overall and for all demographics, Amazon was rated the most popular way to buy fashion items, but American Eagle and Urban Outfitters were also among the top apparel retailers for Generation Z shoppers.

A recent survey of shoppers by Dealspotr, a crowdsourcing platform for savings, examined Generation Z versus millennials, Generation X and baby boomers.

Fast-fashion retailers were also dominant among millennials, although discount department stores were also high on the list. Fast fashion was not, however, popular among Generation X and baby boomers.

Forever 21 and American Eagle earned their spots because they were perceived by Generation Z shoppers as offering good discounts and deals. On the flip side, millennials, Generation Z and baby boomers agreed that Kohl’s and Amazon offered the best coupons and discounts. 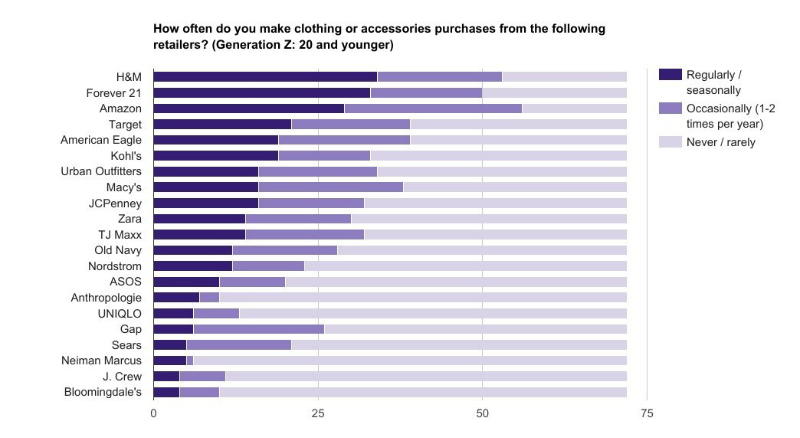 Most unpopular among all demographics were department stores, with Target being the exception. In particular, luxury department stores Neiman Marcus and Bloomingdale’s ranked near the bottom of the list of consumer preferences. The only exception was Nordstrom, which was popular with Generation X and baby boomer shoppers.

The youngest shoppers, Generation Z, are most likely to webroom, or browse online and then go in-store to buy apparel. Even though they have grown up with technology, this age group found fulfilling purchases on a phone less satisfying that buying in-store.

Teenagers said that they do most, 50% or more, of their apparel browsing on a phone. That's also popular with other generations, as 39% of millennials and 37% of Generation X and baby boomers said they browse for fashion items on their phones as well.

Generation X and baby boomers were the most likely to make purchases via laptops and tablets. Millennials had the strongest preference to fulfill transactions via their phones.

When asked what qualities are most important in a fashion retailer, all age groups cited good value for the price as a top priority. Millennials, Generation X and baby boomers were also looking for a good return policy, while teens prioritized coupons.