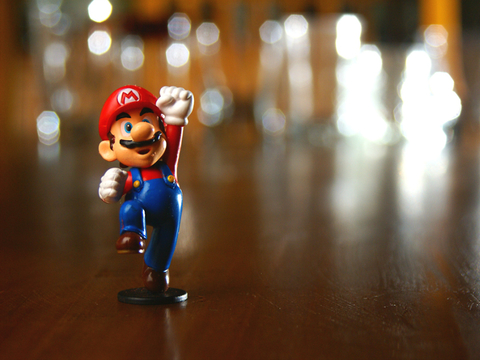 DALLAS – In roughly the last 18 months, GameStop fixed a problem in its inventory management system that had incorrectly told both consumers and employees that thousands of copies of games were out of stock when, in fact, the business had them for sale.

It was perhaps the worst kind of issue a retailer can face, because the issue was completely unknown to GameStop.

The solution came in the form of “ship from store” and allowed the Grapevine, Texas-based chain to effectively boost the number of in-stock copies of games that consumers can purchase through its online operation from roughly 6,800 to closer to 18,000, all within about a year, according to Jason Allen, vice president, multichannel.

“We nearly tripled our assortment,” Allen said during a presentation Wednesday at the National Retail Federation’s Digital Summit in Dallas.

So far in fiscal 2016, roughly 13 percent of the company’s omnichannel revenue is coming from ship to store, which GameStop rolled out across its U.S. footprint in February after a nearly one-year pilot in 25 key stores, Allen said.

The GameStop locations that participated the pilot each outperformed nearby locations by 15 to 20 percent before other stores were able to get in on the act.

Managers at the pilot stores were sometimes less than happy about having to let their colleagues join. But the company’s corporate office made all of its U.S. locations share in the bounty, as what was good for them was good for both clientele and the business at large, Allen said.

“What’s right for the customers and the company is the sweet spot,” Allen told the NRF audience.

Allen’s team unleashed the unexpected financial windfall by discovering a problem with GameStop’s system for detecting when copies of games of particular games were available for sale, whether at most of its American stores or at two U.S. warehouses, one in Grapevine, the other in Louisville, Kentucky.

GameStop’s online system did provide consumers with a full list of all titles that GameStop carried. But among other gaps, if a copy of a title was available at a warehouse and not a store, the e-commerce system would tell the customer that the title was out of stock.

The company did have an inventory system through which employees at, say, a Manhattan outlet could find copies of games that were out of stock at that location.

But that system would only show those employees which SKUs of the game were available at the two warehouses, and not other stores.

As GameStop looked deeper into the issue, it discovered that many physical copies of games in stores were simply items that customers had returned, but that had yet to be sent back to warehouses.

By solving an issue it didn’t know it had, GameStop has effectively turned 3,800-plus U.S. stores into distribution hubs, Allen told the NRF audience.

That has enabled GameStop to shrink the time customers must wait for games via ground shipping to as little as one to two days, compared to three to five days before, he said.

About 26 percent of its online visitors now wind up buying a game from a store within 48 hours, he added.

Because GameStop’s store associates are typically gamers, the company loves getting its customers to meet its employees face-to-face, Allen said. “That is where the magic happens.”