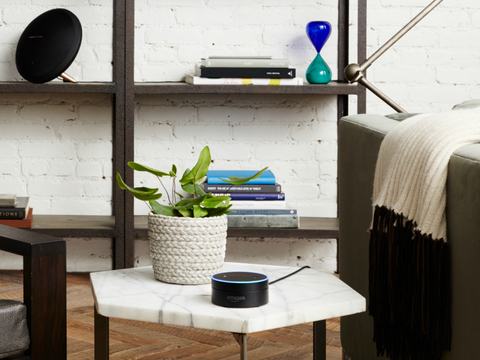 Owners of the Amazon Echo Bluetooth speaker spend roughly 10 percent more with the retailer than before they had the device, according to a new report from the NPD Group.

NPD’s Checkout Tracking analyzed receipts and spending, finding that Echo owners spent 10 percent more after they bought the device than before and had a 6 percent jump in the number of purchases made.

Just 1.6 million units have sold so far, according to Business Insider, but that could change as Amazon steps up production and promotions.

The retailer has been expanding the Echo line and its voice-activated virtual assistant Alexa with new functionality. Alexa can now order from Amazon with a simple voice command and the new Echo Dot sells for just $50.

The addition of pop-up shops this fall could also boost Echo ownership. Amazon will be running 30 such shops by the holidays and could open up to 100 by the end of 2017, in addition to stand-alone bookstores, all of which showcase Amazon devices.