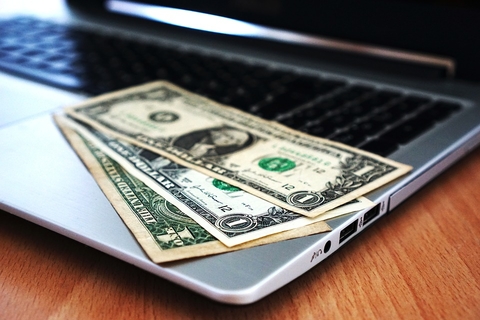 E-commerce fraud as a percentage of sales dollars has been declining since the first quarter of 2016. According to the latest PYMTS Q1 2017 Global Fraud Index, fraud still accounts for billions of dollars due to declined transactions feared to be fraud.

For the report, fraud was examined across the industries of alcohol, tobacco and cannabis; apparel; consumer electronics; cosmetics and perfumes; department stores; furniture, appliance and home improvements; health, leisure and hobbies; jewelry and precious metals. And while e-commerce fraud has been declining in most, the two exceptions are department stores and jewelry and previous metals.

According to the study, the use of machine learning as prevention is one of the reasons for the decline in fraud losses, amounting to a total decrease of almost 35% from Q1 2016 to Q1 2017.

Another contributor to the decrease was the widespread deployment of Guaranteed Fraud Protection, which shifts liability away from e-commerce merchants.

In addition, more merchants are outsourcing to third party providers, who can significantly outperform individual merchants (with more/better data) and eliminate fraud while also accepting more orders merchants would have deemed too risky on their own. Both capabilities help reduce losses from fraud as orders declined incorrectly represent a large portion of fraud losses.

As the number of individuals who have had their credit card details stolen continues to rise, more and more consumers are aware of the risks.

“So much so that consumers are less surprised and more commonly annoyed by this form of cybercrime. With banks and card issuers managing these instances on a regular basis, most consumers know they are protected but that they will suffer inconveniences due to this fraud for a few weeks or possibly even a few months,” a spokesperson from PYMTS told FierceRetail.

According to PYMTS, over the past year, retailers have grown their investment in fraud prevention in both scale and quality. As retailers continue to see more of their sales coming from their online stores, they have become painfully aware of the lack of protection that have against credit card fraud online, whereas they are (almost) fully protected with EMV in brick-and-mortar sales over the counter. Thus, to ensure continued growth online retailers are seeking fraud prevention solutions that accurately detect fraud and mitigate chargebacks, but also those that don't decline too many orders. This combination of desired features helps explain the rise in demand for Guaranteed Fraud Protection as retailers leveraging this service will never pay a chargeback (per the guarantee) but are also assured they will see more orders accepted since the solution provider is only paid for accepted orders.

“While real-time machine learning and domain expertise continue to improve, merchants need to remain cautious as massive hacks in to companies with millions of identity records and financial details are occurring on an unprecedented scale,” the spokesperson added. “This increases the supply of Stolen Financials available for fraudsters to use across e-commerce websites and what may appear to be legitimate credit card details may easily be an order originating from a fraud syndicate.”