Dads and moms use coupons equally 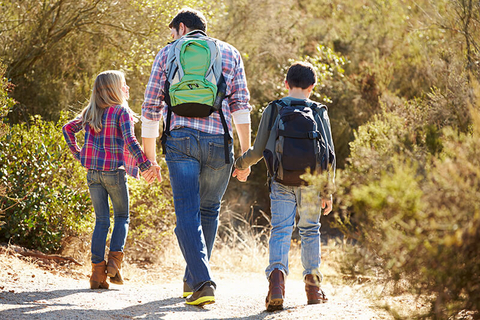 Marketers need to be sure their messaging does not exclude dads.

Dads are just as likely to use coupons as moms, as all parents are interested in saving money on purchases. According to a recent consumer study from Valassis, 96% of dads and 98% of moms are apt to use coupons, versus 90% of adults in general.

When it comes to planning, dads tend to be more last-minute, but coupons are still a big driver of ultimate decisions.

As many as 98% of dads prepare a shopping list before visiting a store and 96% are influenced by coupons. And 85% of dads will only buy a product if there is a coupon, compared with 71% of adults in general. In addition, 43% of dads increased their purchase when they had coupons, versus 23% of all adults.

Dads seem willing to shop in multiple channels, as long as there are deals. Fifty-four percent of those surveyed say they've increased their shopping at retailers other than their go-to store due to better deals.

Once in a physical store, 89% of dads get on their phones to look for mobile coupons and 86% of switched brands based on in-store discounts. Dads are more likely to share a deal they find after making a purchase, 86% versus 73% of moms.

“Dads are readily influenced by coupons and other relevant discounts before, during and after their shopping journey,” said Curtis Tingle, chief marketing officer, Valassis. “Marketers should take these findings into consideration as they seek to fully understand how dads shop, and then develop an omnichannel approach to reach and activate this savings-minded target audience.”

According to Tingle, the study had several surprising results:

First, that dad is just as interested as mom in saving money when shopping for traditional consumer packaged goods items.

"He is a discerning shopper and although he takes time to plan his purchases, he is open to advertising influence once at the store," Tingle told FierceRetail.

Second, dad is more likely than all adults surveyed to make his purchase decisions on the way to the store for his food, personal care and household goods—further fueled by the fact that you must reach dads “on the move” as they are more likely than moms to use coupon apps and in-store rewards apps to save while at the store.

Finally, dads are more likely than moms to share their great deals after making a purchase.

"So it’s not just about the path to purchase, but the victory lap they take after the purchase by sharing their savings and seeking further rewards," he said.

But retailers need to consider different marketing strategies when reaching out to dads.

First, marketers must realize that dads are making food and household good purchases too, and marketers need to be sure their messaging does not exclude them.

"Advertisers could take this a step further by specifically targeting dads with their offers and brand messages, and since dads look for deals in print, online, in-store and mobile, using a cross-channel approach is a must," Tingle said.

In addition knowing dad’s affinity for mobile offers and making purchase decisions on the way to and while in the store, marketers should consider mobile advertising as part of their plan.

"This presents a prime opportunity to reach dads by using the right blend of audience targeting combined with mobile location data," he added.