Apple Pay catches up to PayPal as a preferred payment method 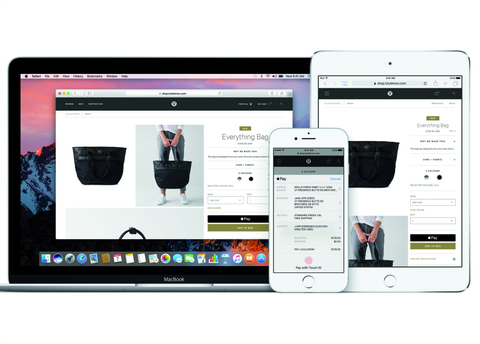 57% of those surveyed said they use Apple Pay because it is fast and convenient.

Retail purchases made with Apple Pay are on the rise, and the service is now tied with PayPal as consumers' preferred method of mobile payment.

According to research from retail app platform Branding Brand, in-app purchases with Apple Pay increased 17% from March to April of this year. Overall, Apple Pay orders accounted for 26% of overall shopping app purchases in March, and those consumers are also spending more than those using other app payment methods.

In the survey, PayPal and Apple Pay tied for first place as users' favorites; Amazon Pay, Walmart Pay and Target Pay trailed behind.

"For Apple Pay to only be in existence for two years and be able to measure up to an industry giant is an extremely interesting finding for retailers," Mason told FierceRetail.

Mason reports that Branding Brand has seen a steady increase in Apple Pay adoption by consumers over the past year. And 57% of those surveyed said they use Apple Pay because it is fast and convenient.

What would make more consumers use Apple Pay? Of those surveyed, 50% said loyalty rewards. Overall, 70% of Apple Pay users would like to see more retailers offering the system.

"Apple this week reported Apple Pay transactions were up 450% from the same period a year ago, which demonstrates strong growth for the payments service," Mason added.